Cars are a girl’s best friend – Sophia Loren, madly in love with her Mercedes 300 SL

There were green beautiful eyes, there was the perfect hourglass figure, the cloche dresses, the jewels. And the cars. Yes, the cars. It was the late 60s and the fashion was style from head to toe. Actress Sophia Loren was then driving a Mercedes-Benz 300 SL gullwing, the pinnacle of the strong and gorgeous cars, produced between 1954 and 1957.

As if her looks were not already getting attention, the Italian beauty got her hands on the 3.0-liter engined Mercedes-Benz 300 SL gullwing, with 215 HP and a 4-speed manual gearbox. Huge sunglasses, suede gloves on, a scarf covering her wavy hair and off she went to Monte Carlo. 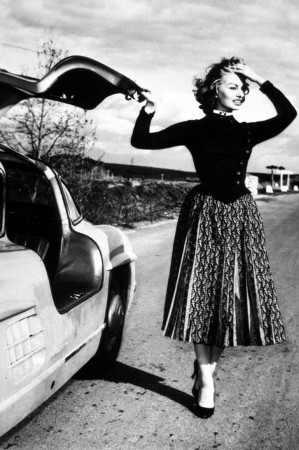 The Mercedes was not her first motorized love though. She had come a long way, driving pure jewels like the Alfa Romeo Giulietta, the Ferrari 275 GTS, the Ferrari Daytona, the Rolls-Royce Silver Cloud II. But there was a chemistry between her and the Benz. They both had class, they both had style. 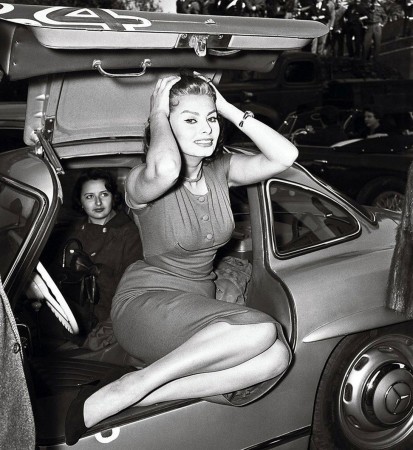 “Strike a pose, Sophia!”, the photographers told her. And she did exactly so, pulling her knees up on the aluminium hood of the teardrop-shaped automobile. She then became the petrolheads’ sweetheart, the irresistible driver descending from the silver screen. 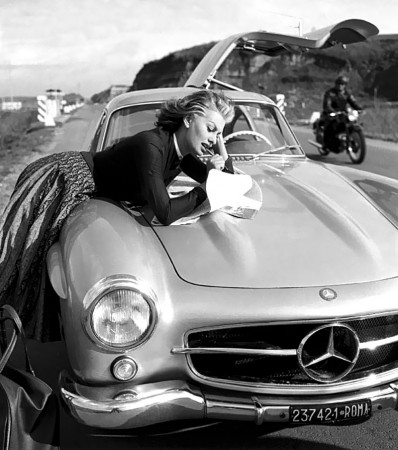 It was a state-of-the-art car and Loren loved it to bits. With it, the diva joined an exclusive club. Actor Clark Gable from “Gone with the Wind” and rock’n roll star Elvis Presley owned one, at that time. The actress awarded one Grammy, five special Golden Globes, one BAFTA and the list goes on and on, clearly had taste.

Where is the car right now? It seems that even Sophia Loren lost its trace. A gullwing Benz, with no celebrity factor, would be nowadays sold for 1.000.000 euros. Imagine the price of the one owned by the Italian bellezza.