In a recent interview with the journalists at the British magazine Autocar, AMG boss Tobias Moers hinted at a possible high performance version of their upcoming Mercedes-AMG GT.

In all honesty, what Tobias Moers did was not to confirm this future radical AMG Coupe, but to not deny it. Which, as we’ve come to know, actually counts as a confirmation in the automotive world.

Asked about this idea, he replied “Why not? A street legal version of our GT3 racing car – that sounds like a pretty good idea”. Now that’s the kind of attitude we like to see in a CEO.

So that’s settled. Now how about some timing? Tobias Moers refused to give a specific time frame for the new radicalized Mercedes-AMG GT but he did say that the GT3 racing version will be available for the 2016 season, when it will be replacing the immensely successful SLS GT3.

Drawn further on the topic, Moers reveals other good news: “I don’t want to make a dragster that’s only good for doing 0-100 km/h in 2.8sec. We need more power, less weight, better aerodynamics and different suspension but the targets should be the power to weight ratio, drivability, lap time and tremendous feel.” 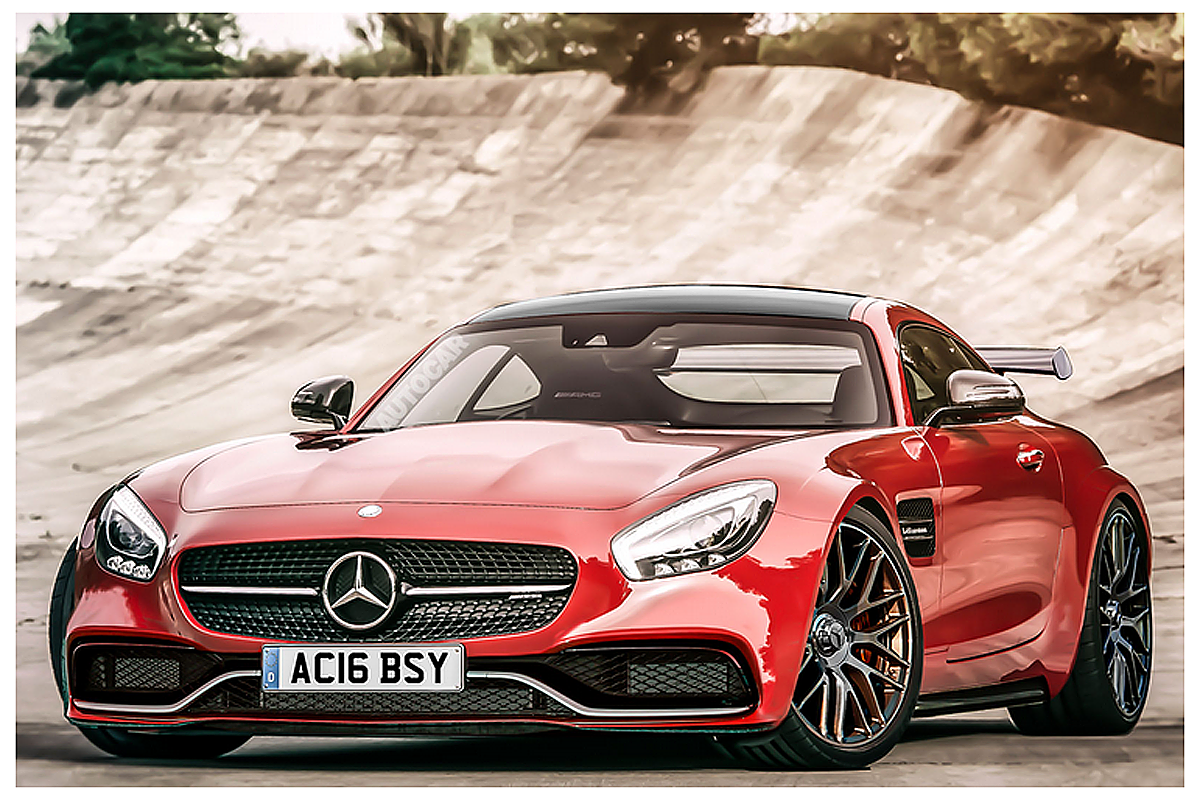 One of the key features of the car will be its power to weight ratio. Again, Moers: “The car is already 80 kg lighter than the SLS and has a similar power to weight ratio, so to lose much more weight we will need to use carbon fiber as we have with our Black Series models.”

He was quick to dismiss the possibility of naming the car “Black Series” or “GT3”. . “GT3 belongs to the other company,” he said, “we will find another name for our car.”

The current 4 litre V8 engine is good for 510 hp but Moers says it’s “very understressed”. He avoided giving an exact figure regarding the power output of the engine in the future car but he seemed to hint at a value around the 560 hp mark. That’s nearly a 10% increase.

Good performance will also require wider tracks and improved downforce even at the expense of extra drag. Top speed will not be an issue and is likely to stay at 310 km/h, the aerodynamic focus being on improved handling.

This wouldn’t be a text about a sports car without a the inclusion of Nurburgring lap times. So, this future Mercedes-AMG GT will slice at least ten seconds off the GT S’ lap time, which stands at 7 minutes and 30 seconds on standard tires.