We have always pictured Elvis Presley driving a Cadillac, as the 1955 pink Fleetwood was on top of the list of his favorite cars. But the King of rock’n roll also drove a Mercedes-Benz 280 SEL that is now for sale.

A 1963 Rolls-Royce, a BMW 507 bought when he started his military service, the Stutz Blackhawks, the Cadillac Fleetwood Eldorado were the cars that ended up in the King’s garage. His pink Cadillac caught fire while being driven by Elvis himself, who watched devasted how the fire had its way on its motorized jewel. His 1971 yellow De Tomaso Pantera got shot three times by Elvis Presley himself, as the entertainer got furious the car would not start. There are so many stories regarding Presley’s cars and the Mercedes-Benz 280 SEL that is now for sale comes with one as well. 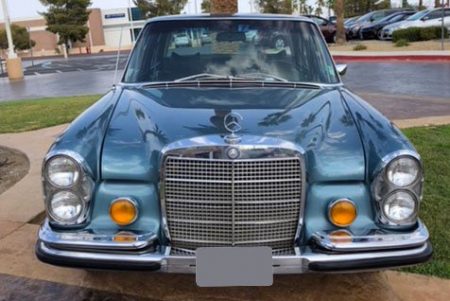 Stranger than strange: Traveling the world with a puppet and a Mercedes-Benz 280SEL

The car with the star was made in 1971. Only 8,250 such models were made, out of 400,000 W108 series, so the figures made it exclusive and rare. It was powered by a 2.8-liter straight-six engine with 180 horsepower (134 kW) and a torque of 262 Nm (193 lb-ft). Elvis got his car with a four-speed automatic transmission and the optional air conditioning to make the summers of Tennessee easier to put up with. With little above 80,000 miles on the odometer, the Mercedes-Benz 280 SEL comes, of course, with the celebrity factor. 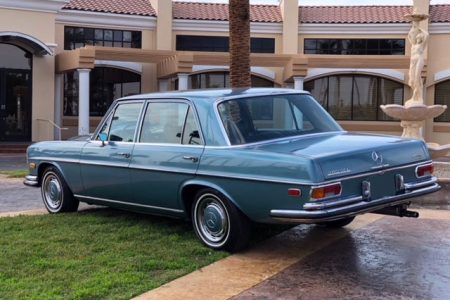 It wasn’t the only Benz in the showman’s garage. He also owned a 1970 short wheelbase Mercedes-Benz 600, whose trace was lost through the years. But his 280 SEL stayed with him from the day he bought it, on the 21st of December 1970, to the day he died, on August, the 16th, 1977, 41 years ago. From that moment on, the car was displayed in museums and then ended up in the John Staluppi Junior Collection. Now it is heading to an auction in Las Vegas, next month.

Elvis Presley loved colors, so he painted both his Mercs in Alpha Crystal Blue Metallic. 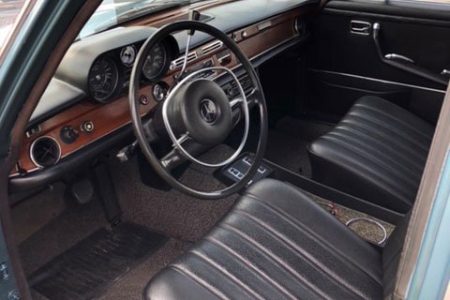