Russian model and a G63 AMG: The Beauty is taming the Beast

A blond beauty face to face with the G63 AMG beast. She does not look like she needs any hero, she can handle the situation she’s been put in by a Russian magazine.

The 2015 model (the car model, not the girl, let’s get this clear!) is powered by a 5.5-litre twin-turbocharged V8 engine, that produces 536 HP and 760 Nm of torque. This makes the behemoth G63 sprint like a fighter jet, from 0 to 100 km/h in just 5.4 seconds. The power is transmitted to all the wheels of the car via a 7-speed automatic gearbox. 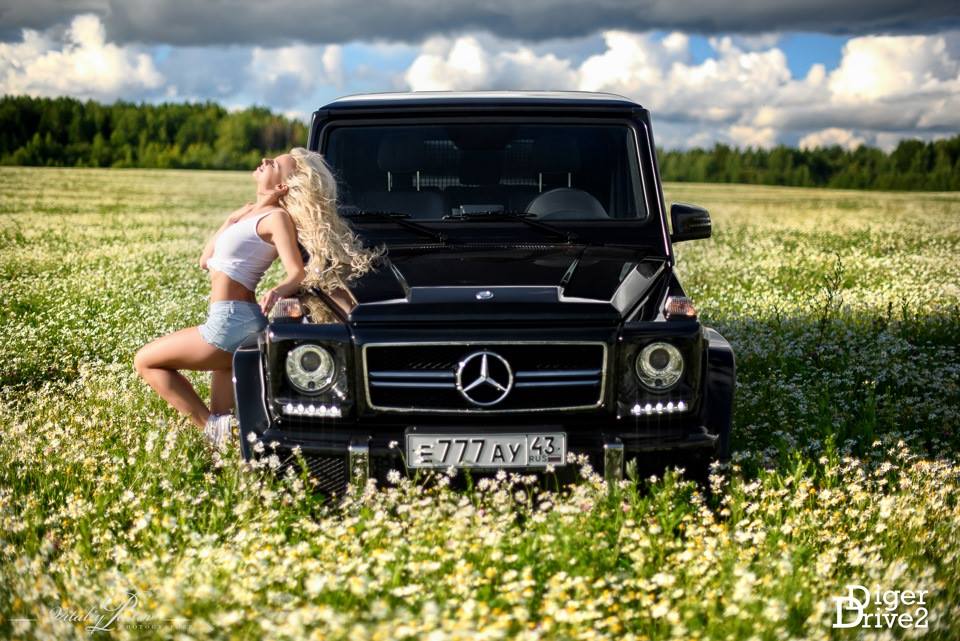 What? Is there a car in this photo gallery? Yeah, in case you failed to notice, there is… But who would care about such details when the model (now we mean the girld) is standing next to the beast? All these figures fade next to her looks. And speaking of figures, sorry, we can’t tell you her telephone number. 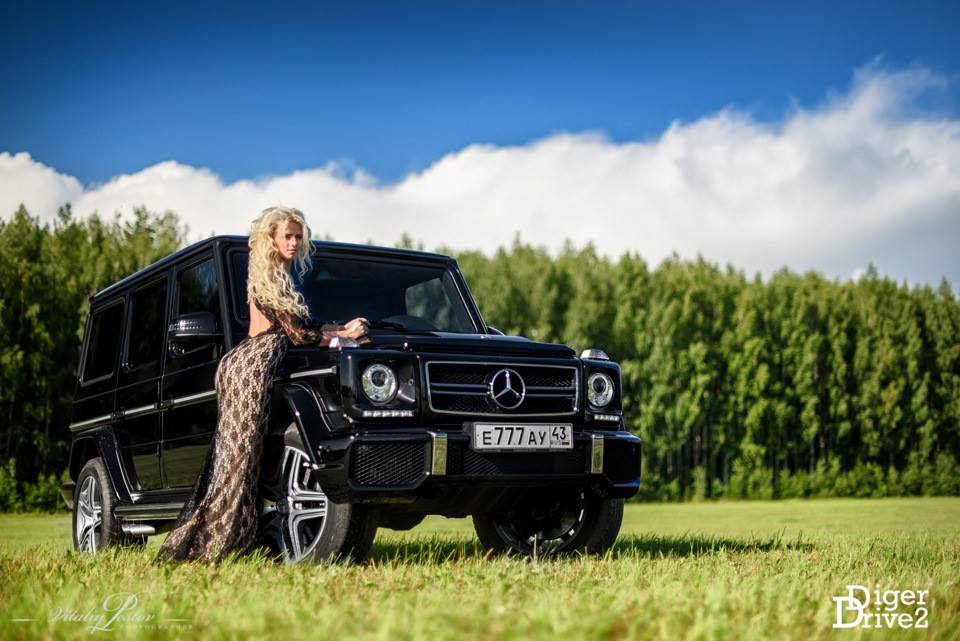 We have no idea why she’s standing in the middle of nowhere, dressed in an evening gown, leaning against the hood of the SUV. But we bet any man would be more than willing to help. Anyway, the damsel does not look as if she were in distress in the flower field. She is just taming the G63 AMG beast, which is one of the rich men’s favorite across Russia (now we mean both the girl and the car, actually), despite the economical slowdown of the Russian market. 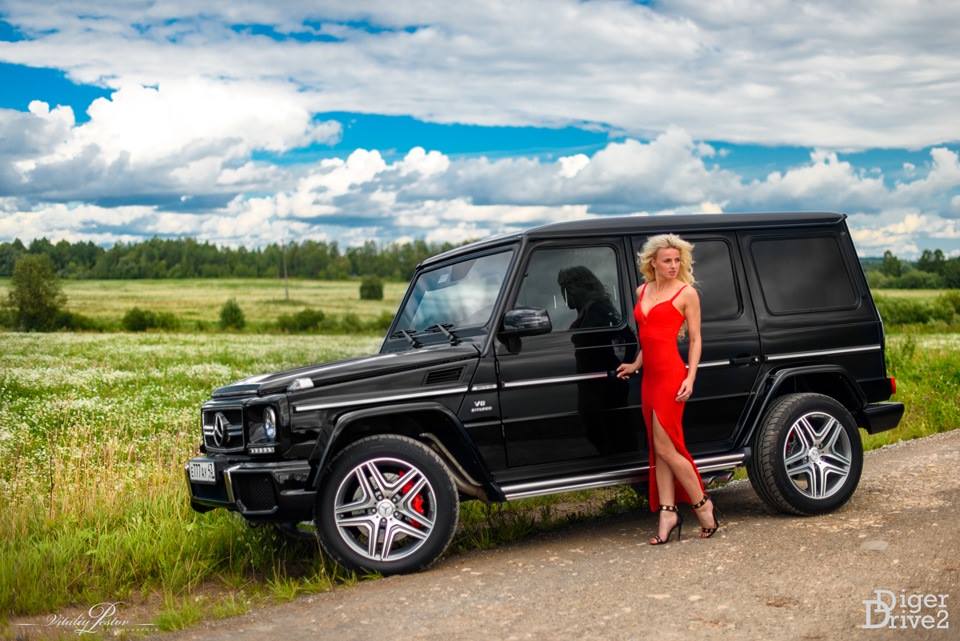 Enough numbers already! We’ve reached the best part: the photo gallery of the Beauty and the Beast!