Hamilton and Rosberg: Chess Mate and the V8

Lewis Hamilton and Nico Rosberg have dressed up like James Bond to star in a TV ad that shows them playing chess. But not for too long.

Shhh! The world champion needs to focus! He’s on for the move of his life. Well, the move of the TV ad. Lewis Hamilton and Nico Rosberg play chess in a publicitary video that advertises the new SL 63 AMG limited edition.

The world champion and the runner up, dressed up to the nines, like they are ready to go to a party or maybe… shoot somebody, like the 007, sit face to face in a blistering one-on-one.

Since Hamilton’s limited edition of the SL is a black one, you can guess the color of the chess pieces chosen by the world champion.

The climax of the video is the moment when the black and white fire beasts, crafted from contrasts, as the Mercedes team describes them, seem to rush, full speed ahead, into each other, but intoxicatingly pass by each other within fractional distance.

19 unique edition SL 63 AMG pairs celebrate the 19 Formula 1 competitions on the 19 tracks of a memorable season and can be purchased for the price of almost 630,000 euros. Find all there is to know about them, by clicking right here!

Hamilton and Rosberg had their first public drive of the Collector’s Edition during the street celebration in Stuttgart, three weeks ago, when they set the improvised race track on fire, in front of 50,000 ecstatic fans.

And let’s lose the tention for a while! Lewis Hamilton has just exchanged his Mercedes AMG Petronas wheel for another. The only problem is the fact that he does not fit well inside his new car. We only hope that’s not the car he’ll be trying to get another world title with! The world champion has got a reputation to uphold and that’s surely not the way to do it! 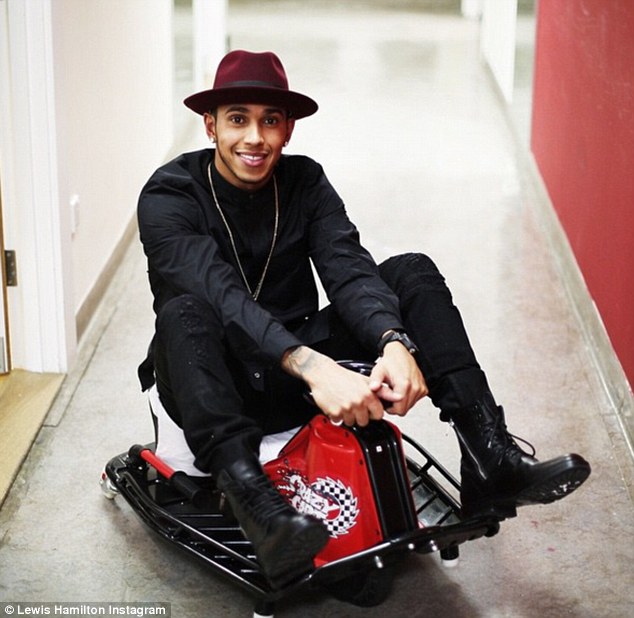