A new Mercedes-Benz Actros with brightly coloured paint that illustrates the very origins of mankind. On 16th February the truck already named “The Cradle of Humanity” will bring some additional colour to a carnival procession in the city of Aachen.

The “Cradle of Humanity” Actros become an eye-catching addition to the fleet of vehicles located near Aachen.

First of all, let’s get it started. The story begins on the driver’s side of the Actros 1845. The first part of the story takes place in the primeval African savannah and we can notice a gorilla that looks up to its relatives, who are already walking upright. On the co-driver’s side, the early man discovers fire, learning a variety of hunting techniques. 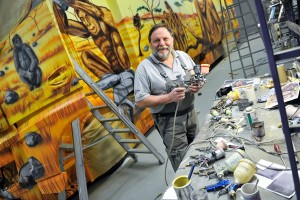 Walter Rosner agrees that “Designing a nice overall theme is one of the requirements, but it is with such vehicles as this that I especially like to use lots of details to make onlookers curious about the whole story and perhaps even enable them to learn something in the process.”

Across the entire vehicle there are many small references to important events from mankind’s history: theory of evolution versus religion, the intellectual awareness in the guise of philosophy or discoveries such as the sundial.

Painting the Actros and the semitrailer took about seven weeks, because there were a few tasks to complete, especially on the tractor unit. 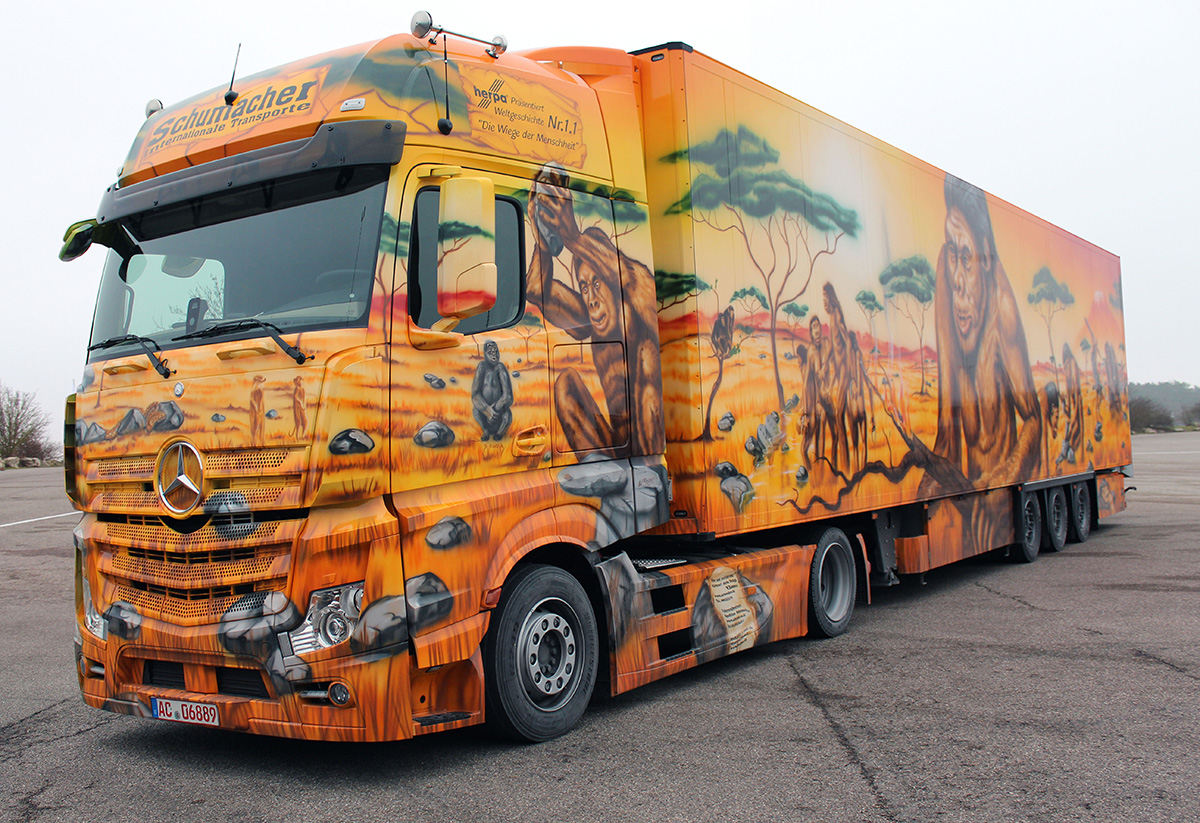 In addition, seven weeks of manual labour, 35 litres of paint and 65 litres of clear varnish have turned the Actros in a history lesson on wheels. Norbert Nawe is totally comfortable with the colourful appearance of his company vehicle and all the attention received on the road.  He has already driven a fully painted Actros on previous occasions, since in addition to the “regular” Mercedes-Benz tractor units there are currently nine further brightly coloured flagship vehicles in operation.