Fifty Shades of Grey and a Mercedes-Benz CLK

A Mercedes-Benz CLK shows up in the hotly anticipated Fifty Shade of Grey movie. The main character Christian Grey drives Audis throughout the entire motion picture, but his partner on-screen, Anastasia Steele, finds herself behind the wheel of a Mercedes CLK borrowed from her best friend and roommate, Kate.

Most of you must have already read the three volumes of Fifty Shades of Grey, since 40 million copies of the series were sold worldwide. Even more of you have already made reservations for the first cinema plays. And even more of you must be angry for not being able to find an empty seat in the movie theatre. You must know you’re not alone in this. And here is a compensation before you get to see the movie that is officially launched in cinemas on Valentine’s Day. 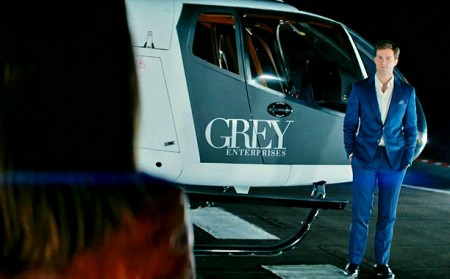 Super fast cars, luxury private planes and helicopters are the means of transportation in the movie that we’ve been waiting for ever since the books written by E.L. James, Fifty Shades of Grey best seller, first came out.

The very bossy businessman Christian Grey, the object of desire and command to the female protagonist, drives an Audi Quattro SUV and an R8 Spyder, that he loves to call his fast toy.

By the beginning of the book, his partner on the screen, Anastasia Steele, has a blue old VW Beetle she dearly calls Wanda, while Christian calls it a “deathtrap”! But – and this is why we are taking the movie to the website – she occasionally drives her best friend’s Mercedes CLK. Kate Kavanaugh’s car is depicted as a speedy, safe and spacious mean of transportation to get to Mr. Grey’s hotel for an interview and, on the next day, for a photo sessions for the college newspaper, so the black CLK is part of the intrigue of the blockbuster. 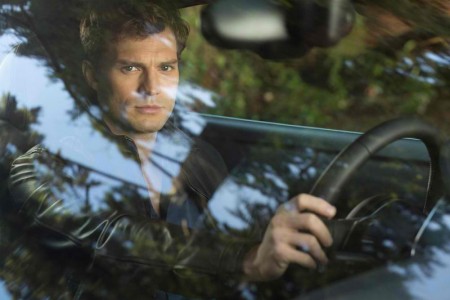 “Fortunately, Kate lent me her sporty Mercedes CLK. I’m not sure Wanda, my old VW Beetle, would make the journey in time. Oh, the Merc is a fun drive, and the miles slip away as I floor the pedal to the metal”, she says.

Although she loves both the Beetle and the CLK, Anastasia eventually switches to an Audi A3 and then a Saab, after her car is vandalized by one of Christian’s former partners. By the end of the movie, we are going to see her behind the wheel of a Spyder just like Christian’s.

Reports suggest that Audi did not influence the best seller author E.L. James to include their cars in the series. The German company admitted that they were a bit surprised for the 16 times mentioning all throughout the book.

The rest is for you to find out in cinema theatres starting Valentine’s Day.