German Special Customs revealed last week its modified Mercedes-Benz G-Class, with a couple of styling upgrades in order to make its visuals even more striking.

The tuners from German Special Customs turned away from the norms and selected an older diesel version of the G 400 CDI, even though most tuners nowadays are selecting the latest line-up models for tuning, like the G63 AMG. If you give credit to autoevolution, the tuner took the decision to go for an older model in order to benefit from the V8 feel that totally lacks now with the new latest-generation G-Class diesel version, named G 350 BlueTEC. The current line-up only offers a V6 diesel engine. 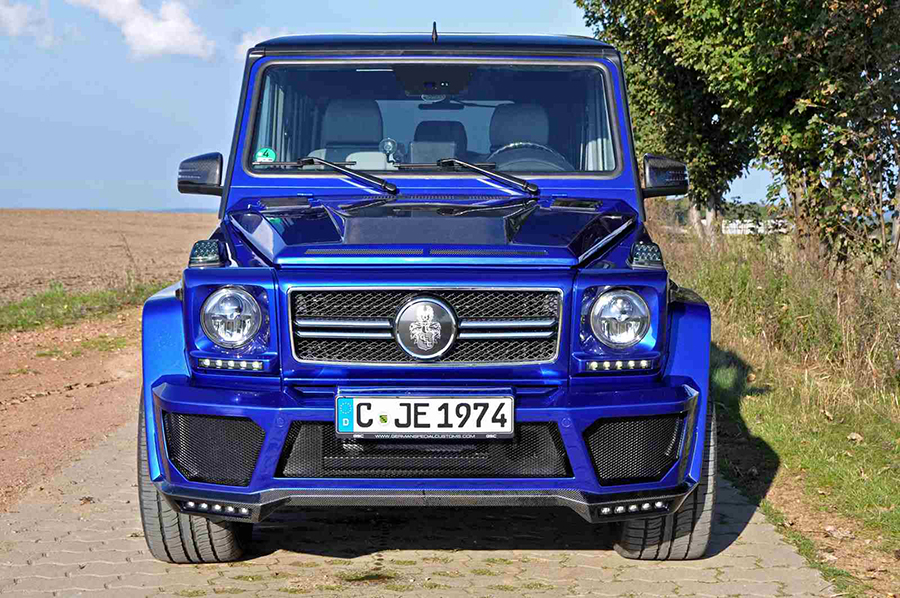 According to the report, the tuner brought no changes to the engine, which makes us think that they kept the original 250 HP of the engine, which is more than enough to get you past hills, muddy or even snowy terrains.

Basically, the changes brought to the G-Class by the tuning company resembles the AMG ones like the bumpers, skirts and spoilers.

German Special Customs added a few noticeable features on the personalized G-Class that are lacking on the AMG counterpart like the daylight running lights found on the bottom of its spoiler, tuner’s stylish signature badges, the redesigned side-mounted exhaust tips, the carbon-look mirror caps and the added set of grilles in the rear bumper. Furthermore, the tuner added the massive 22 inches wheels with seven-spoke, wrapped with 305/40 R22 tires.