I think we can all agree that the new C-Class is one of the most beautiful non-roadster Mercedes-Benz cars ever made, but that doesn’t mean there’s no room for improvement.

Or, at least, that’s what the people at Lorinser must have thought when they came up with a tuning package for the current C-Class generation. But even they seem to have a lot of respect for the designer’s work because the interventions on the exterior of the car are pretty discreet.

Well, the intention is clear from the off: the car looks more aggressive and the nice part is Lorinser managed to do that without turning the front bumper into an asphalt scraper and without the use of wheels the size of manhole covers. That would have been easy, but also cheesy. 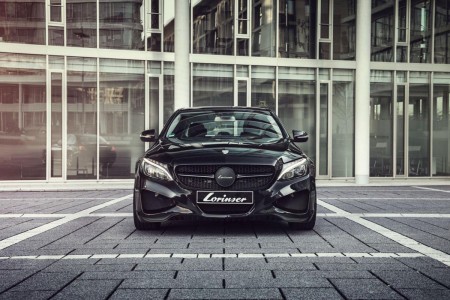 No, instead they went for slightly stylized, sportier bumpers front and rear, a blacked out grille, a Lorinser logo replacing the three pointed star and five spoke wheels. At the back, there is also a four tailpipe exhaust system which protrudes from the new bumper.

As for the technical bits, Lorinser also chose the soft handed approach. The Mercedes-Benz C 400 now develops 389 hp instead of 333 hp and 580 Nm instead of 480 Nm, which should make it considerably faster. Not that it wasn’t a fast car to begin with: the standard C 400 takes 5.2 seconds for the 0-100 km/h sprint and is electronically limited to a top speed of 250 km/h. 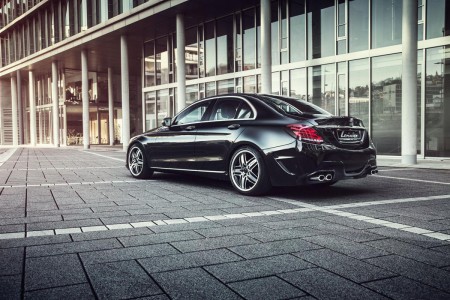 All this begs a question, though, whose answer depends heavily on the undisclosed price of the tuning package: wouldn’t it make a lot more sense to go for the new C 450 AMG model? Yes, the Lorinser way offers you a bit more exclusivity, as more people will buy the softer AMG than the Lorinser package, but from a rational stand point, wouldn’t it make more sense? And removing the Mercedes-Benz logo? No, just no. Only Brabus is allowed to do that…