Mercedes-AMG PETRONAS Motorsport has put the new engine through its paces at the French Grand Prix and apparently, it passed the test. Lewis Hamilton has claimed his 65th victory in Formula 1 and his third in 2018. Valtteri Bottas finished seventh.

The Finn had to battle his way to a better spot following a crash with Ferrari’s Sebastian Vettel in the opening lap and managed to even set the fastest lap of the race. The reigning avoided the chaos from the start. The Safety Car was deployed and at the restart, Hamilton kept his lead. 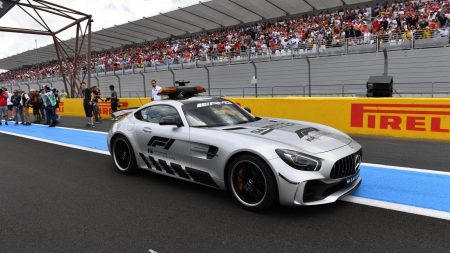 Meanwhile, Vettel and Bottas, hardly making it to the top 10 on the circuit, after being fitted with new car parts and soft tires, started the recovery race.

Up front, Verstappen took the soft tyres as well and got back on the track ahead of Vettel. His Red Bull Racing teammate, Daniel Ricciardo, was in the fifth spot after having changed tires as well. Meanwhile, the 4-time world champion, Hamilton, was building up his lead, getting to eight seconds ahead of Verstappen. His teammate though, had to fight a loss of downforce and instability because of a damage to the floor of his car. Mercedes eventually decided to pit him again, but the mechanics had trouble in removing the right rear tire and the Finn rejoind in the ninth, losing three places. 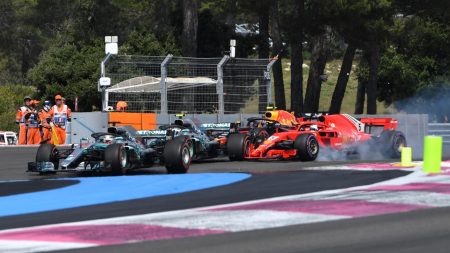 Things did not go well for Vettel either, with Ricciardo and then teammate Kimi Raikkonen passing him. He eventually switched to ultrasofts and had to go through the 5-second penalties received for colliding with Bottas, but still managed to finish fifth.

Raikkonen saw that Ricciardo was struggling because of damage caused by debris, as the Red Bull boss Christian Horner later explained. So the Ferrari Finn passed him in the chicane.

Hamilton finished first and congratulated England for the 6-1 victory against Panama, at the World Cup in Russia: “I’m so happy for England, it’s a beautiful Sunday,” said Hamilton on team radio as he crossed the line. 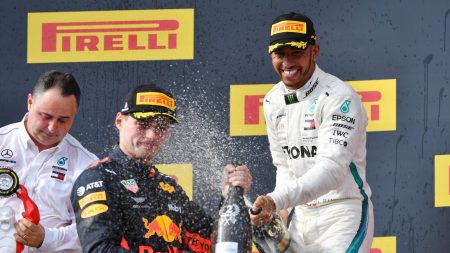 It was the 300th race finished on the podium for the Mercedes motorsport division. Lewis Hamilton takes the lead of the Drivers’ Championship from Sebastien Vettel, by 14 points, while Bottas stands in third.