What color is her car? It is grey! Nope, that looks pretty red to me! But wait, it now looks blue! Oh, would you just stop already? This is not just another dress debate.

Kylie Jenner may get you thinking that she changes her car every month. But come on, that’s too much even for the Kardashians. The youngest Kardashian sister is just painting her $233 000 G-wagon. As soon as the previous paint dries, she gets bored of it and switches to a brand new hue.

Her G-Class came as grey when she bought it last year. But that was two colors ago. Soon after the delivery, the SUV turned Burgundy red and nobody could have missed the reality star in traffic around Los Angeles. 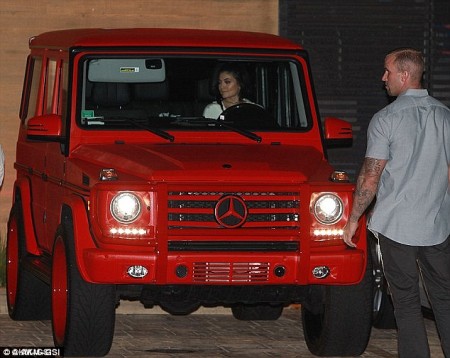 But well, you know, summertime calls for light bright shades. So by the beginning of this month, the boxy SUV turned a light shade of blue.

The 18-year old Kylie Jenner still prefers the sky-blue SUV instead of the super car she got on August, 10, as a birthday present from rapper boyfriend Tyga: a $320 000 Ferrari 482 Italia. The still-teenager Kylie is putting her Range Rover up for sale, just to make more room in her garage. She’s got another birthday coming next year, so she’s got to be ready! 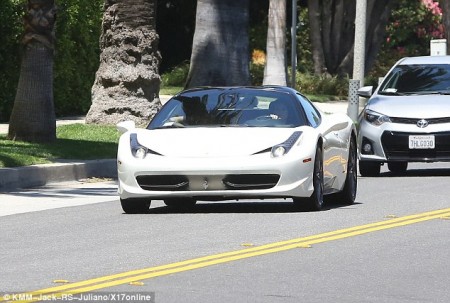 The Kardashians love the Mercedes vehicles, the G-Class in particular. Her elder sister, Kim, has got plenty of those. Apparently it runs in the family. Mother Caitlyn, sisters Kendall and Khloe, also have one of their own.

What color would you bet on for the autumn trend?