Pole2Pole: An expedition around the world in a G-Class

The bold adventurer and extreme athlete Mike Horn started his trip around the world. The Pole2Pole expedition debuted on the 8th of May in Monaco and it will end in the exact same place after he would have completed his itinerary. He will travel by his boat PANAGAEA on water and by the Mercedes-Benz G-Class on land. Skis and kayak are also part of his equipment.

From the Cote d’Azur, the Mercedes-Benz Brand Ambassador, Mike Horn started to Namibia, on board his boat. In the next stage, the G-Class will take him through the world’s oldest desert, on the Namibian Coast. Botswana, with its largest inland delta and his native land, Cape Town, are also part of his itinerary. 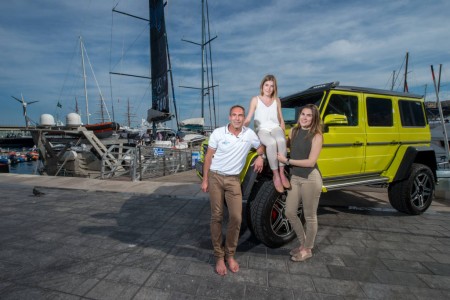 His plan is to circumnavigate the world northwards, from Pole to Pole.  The expedition is programmed to take him from Europe to Africa and then on to Antarctica, Oceania, Asia, the Arctic, North America and then back to Europe.

Fans will be able to track him anywhere throughout his expedition by checking his website, www.mikehorn.com or simply by using the hashtag #Pole2Pole.

“I’m glad that the expedition is finally beginning and that many new impressions and experiences lie ahead”, says the South-African-born adventurer, after months of intensive training, preparation and equipment testing in wintry Canada. 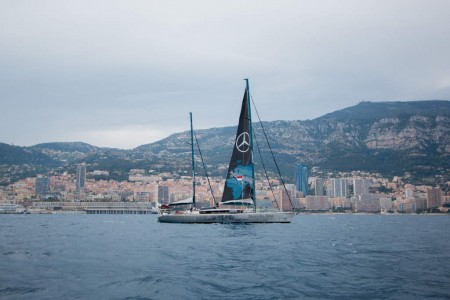 It is not Mike Horn’s first adventure. The daredevil is known for his expedition background including spectacular world travels for the past 25 years. Mercedes-Benz has been a long-term partner for the brave South African. The premium brand has logistically supported his “Driven to Explore” expedition last year, helping him to raise awareness of environmental changes throughout his ecological and social projects. Mercedes-Benz also sponsored his PANAGAEA expedition between 2008 and 2012, carried out under the slogan “Explore. Learn. Act”.