Belgium GP: Hamilton wins with no rivals in Spa

Both the results in the training and qualifying sessions would promote the people in Mercedes as top dogs, but the only dilemma was who would come first. Well, Rosberg wanted to make the equation as simple as it gets and threw an open door towards the 6th victory in 2015 for Hamilton.

The start in Spa-Francorschamps was to be exhilarating, but the regulations regarding the start off out even more pressure on the shoulders of the drivers. Starting with the stage in Belgium, any direction of the engineers regarding the clutch bite point was prohibited. Therefore, the drivers were to seize upon the setting all on their own, during the formation lap, trying to detect this fine line between the mechanical linkage, the sliding of the clutch and the over-rotation of wheels.

Rosberg found out the hard way that this procedure is one that can be conclusive when it comes to keeping the starting grid position up to the first corner. The German started out pretty defectively and went down to the 5th position, while Hamilton did not hesitate and manage to negotiate La Source from the leading position. Perez provided the surprise, as the Force India driver attempted to get the lead of the race before Les Combes, but Lewis perfectly stood for his leading spot. For Nico, there followed a recovery race eased down by the superior performance of his racing car and eventually, the German went up to the second spot. From that moment on, the race followed its usual pace, as Hamilton administered the lead well, ahead of his teammate, and won, getting the gap up to 28 points in the overall ranking. 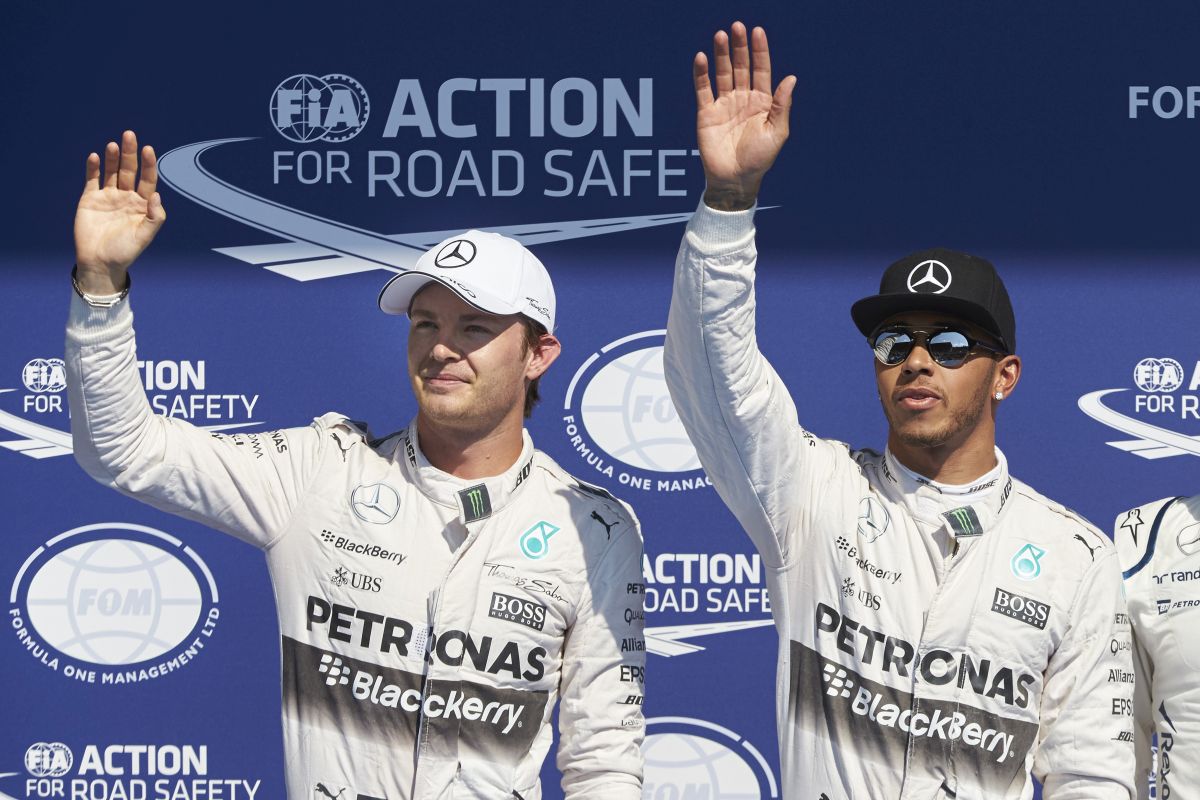 Sebastian Vettel seemed to be on the run to the third position, taking his chances with a one-pit stop strategy, but three laps before the end, his right rear tyre inexplicably went flat and shattered all German’s hopes. There will definitely be disputes regarding the explosion of the tyre and pointing out the guilty ones, but one thing remains uncertain: Pirelli are not having the situation under control and this is going to cost them sooner or later. Still, this incident cannot derogate from Grojean’s performance, as the French managed to tick his fist podium finish since 2013. There was Kvyat behind him, as the Russian got a great result, despite an out-of-step Red Bull strategy.

Even though he was incapable of staying up front, Perez got his best spot for the current season, finishing 5th, ahead of Kimi Raikkonen. The driver reconfirmed by Ferrari for the upcoming season saved what was left to save out of a race he was bound to start from the 16th place on the grid. Verstappen and Bottas followed him in the ranking, while Marcus Ericsson scored the final point at stake. The other Sauber driver, Felipe Nasr, fails to score, as he finishes 11 seconds behind his teammate.

Despite their persistent endeavour of getting back up, the nightmare still goes on for Mclaren-Honda. Alonso and Button can by no means keep up with anybody but the Manor squad and finish 13th and 14th, ahead of Merhi și Stevens.

The race in Spa also saw 4 retirements, Ricciardo’s being the top drawer. The ERS of his Red Bull racing car failed him right after the Bus Stop chicane and the Aussie gave in. Sainz retired due to power unit malfunction and the gearbox in Maldonado’s car broke down.

The European Formula One season will resume in two weeks in the “Temple of Speed”, Monza.