What’s that piece of paper this guy is holding proudly alongside a Mercedes-Benz S-Class? Well, that’s the first license he gets for driving an autonomous car in California. Or is it the car that can use this license?…

The fact is that Mercedes-Benz follows shortly Audi in pursuing real-life testing of autonomous cars in California, the first american state that passed a bill in 2012 that set out special tailored laws that allow testing autonomous cars on its highways and streets. And the first car that Mercedes-Benz is going to use is the S 500 Intelligent Drive, that made first appearance on the stage of 2013 Frankfurt Motorshow.

It’s an important step for developing a safer autonomous car, because real-life testing conditions will allow engineers to solve many problems (that can’t be recreated in the lab) and to develop systems that help the car to handle all driving situations on its own. 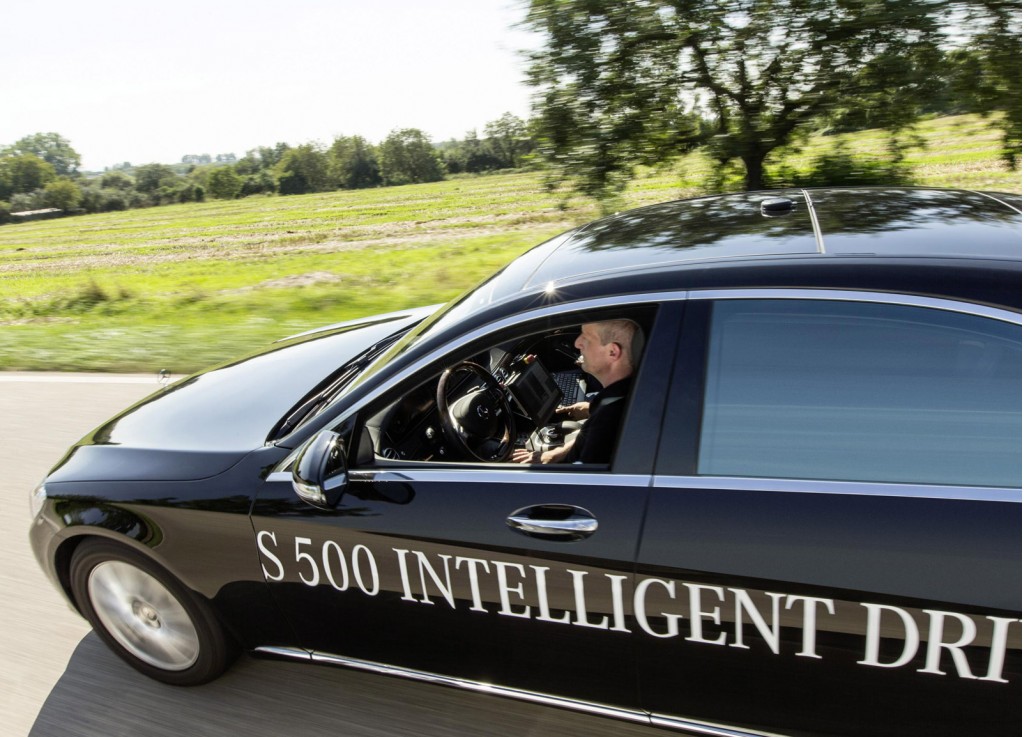 It’s important to know that California laws require that the testing autonomous car prototypes must be covered by a special kind of insurance and every car-company must have surety bond coverage of at least 5 million USD for each vehicle being used for testing. Moreover, the driver must recognize clearly when the car is in autonomous driving mode. He also must be able to override the automated driving at anytime, but also the car must be able to stop autonomously at any time.

Mercedes R&D chief Thomas Weber said in a statement that the company aim is “to promote the topic (of autonomous cars) in the USA, as the traffic system in the USA differs from the system in Germany in numerous aspects”. This way, Mercedes-Benz is confident that it could offer the safest technology of self-driving cars before 2020.