The technology-trailblazer 2017 Mercedes-Benz S550e plug-in hybrid will be the first vehicle to come with a wireless charging option from the automaker. The facelift version of the S-Class hybrid will feature Qualcomm’s wireless electric vehicle charging technology (WEVC), inspired by the Formula E system used on the BMW i8 Safety Car.

The 3.6-kW system in the 2017 Mercedes-Benz S550e will be built by a Tier 1 power electronics supplier, under a license issued by Qualcomm.

The S550e eco-friendly sedan will only have to park over a pad on the ground for charging the 8kWh battery at about 90 percent efficiency, once the two halves of the charger are aligned. 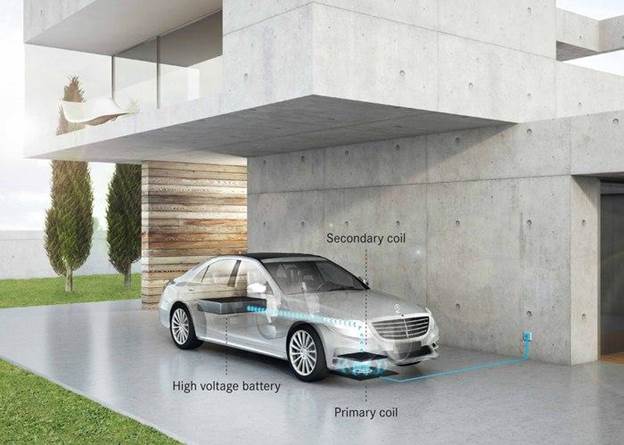 No price yet made available after Mercedes-Benz and Qualcomm announced the launch of the new system, but the car makers’ executives claim it will be affordable.

The company has already made its electrification plans clear, launching the concept car called Generation EQ at the Paris Motor Show 10 days ago. The battery-powered EV with a range of 310 miles (500 km) previews the future sub-brand of the Mercedes-Benz electric line up. The first models should hit the showrooms by 2019.

The announcement comes shortly after the German Government okayed a resolution that would call for an end to internal combustion engines in new passengers cars starting 2030.