The party of the champions! Mercedes-AMG PETRONAS celebrates the 3rd world title!

The best Formula 1 team in the world for the third time in a row, Mercedes-AMG PETRONAS, is partying! The 1,500 champions from the company’s factories in Brackley and Brixworth met those that are always in the spotlight on race Sundays. 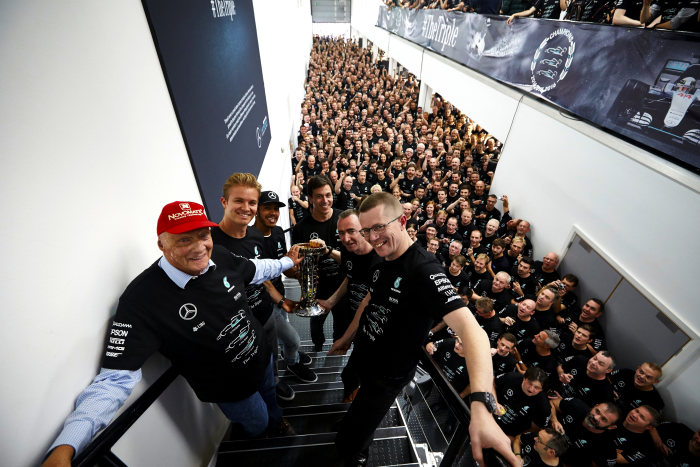 The drivers and the senior managers went straight to Brackley and Brixworth after they returned from Suzuka to congratulate the factory employees and to celebrate with all the team members that made the achievement possible.

“We’ve got the best engine in Formula 1”, proudly says Nico Rosberg surrounded by those who made it happen.

“These are the people who power us through all the victories that we’ve had”, is Lewis Hamilton’s way of saying ‘thank-you’.

“There is one particular reason why we are where we are and that is 1,500 reasons, 1,500 people and we owe you all a big thank-you!”. This is how Toto Wolff started his speech. 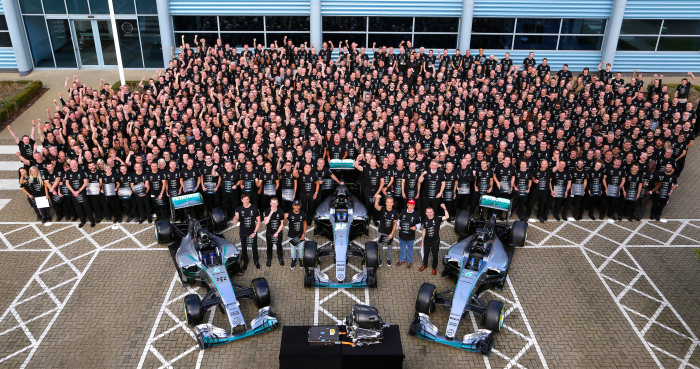 Everyone lined up in the shape of the year that marks the triple, 2016, and was covered in confetti and champagne.

There is not much time for parties though, for the new world champions. They will soon fly across the Atlantic for the American Grand Prix. With four races left to the end of the season, Nico Rosberg is 33 points ahead of Lewis Hamilton.