Lewis Hamilton won the British Grand Prix following a dramatic race in Silverstone. His main opponent, Max Verstappen, watched the end of the race from the hospital.

A collision in the first lap, between Lewis Hamilton and Max Verstappen, sent the leader of the championship into the tire wall with a totaled car. The race stopped until the track was cleared and restarted with Lewis Hamilton second. Charles Leclerc was in the lead. The Brit thus had to fight the dirty air and with the tire blistering effect. 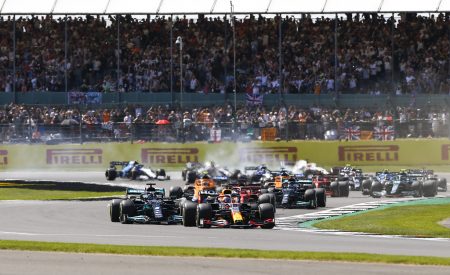 Lewis received a 10-second penalty for his collision with Max Verstappen. He pitted in the 28th lap, when he was second and returned to the racetrack in the 5th position, behind McLaren’s Lando Norris and 35 seconds behind the leader of the race, Charles Leclerc from Ferrari.

Before the home crowd, the Brit restarted his chase, getting in the 3rd spot in only 3 laps. When he was just a second behind teammate Valtteri, the team orders came: “Valtteri, do not fight Lewis”. Therefore the overtaking was a simple formality.

Computer simulation showed that Lewis would reach Leclerc in time. Therefore his race engineer told him to push. A strategy of damage limitation was turning into a chase for victory in Silverstone. 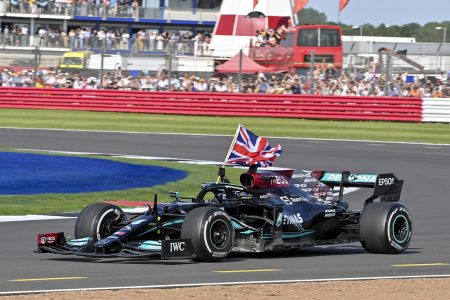 Lewis Hamilton did push. The Ferrari driver made a mistake and made the overtaking a walk in the park for the Mercedes driver who raced to the win. For Hamilton it is the 8th victory in front of the home crowd. It is a victory that sends him much closer to Max Verstappen: only 8 points between them now. Red Bull Racing still leads the Constructors’ ranking, but Mercedes is only 5 points behind.

Next stop for Formula 1 will be Hungaroring in two weeks’ time.