Mercedes fans were delighted with a sneak glimpse of the new F1 W06 Hybrid car for the 2015 season. Both Lewis Hamilton and Nico Rosberg drove the new W06 Hybrid, as the car completed the first laps on Silverstone. 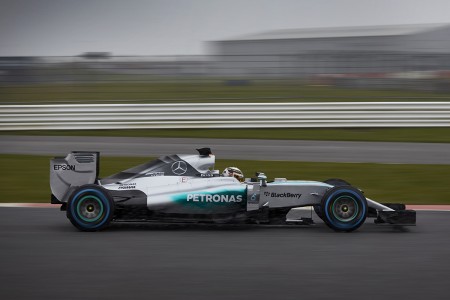 The team posted a few teaser videos and pictures, especially on the Twitter account, before releasing the official pictures. The car completed 19 laps before a blizzard made it impossible to continue racing, thus bringing filming to a halt.

After the test, Mercedes released two pictures of the car and from what we can see it resembles quite a lot the last year F1 car, but with a few noticeable differences. Some of the most visible changes are the nose and the bodywork that seems re-shaped and much slimmer. The nose is in different shape in order to comply with the new safety regulations regarding the front of the car. The bodywork seems modified especially behind the cockpit and in front of the rear wheels.

The team will prepare the F1 W06 Hybrid for its public debut in Jerez on Sunday 1 February. Nico Rosberg will be the first one to drive the car, as the first official test at Jerez on Sunday, before handing the car over to Lewis Hamilton for the second day.

What’s more, Christian Horner, Red Bull team principal, said on Tuesday that Mercedes are the benchmark and they start the new F1 season as favourites.

Even Daniel Ricciardo said that “If we can halve the gap and at least start the season like that, then it is a good start. And when they are not perfect, we can start putting some pressure on them.” 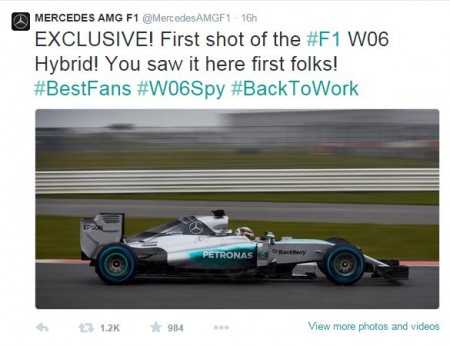 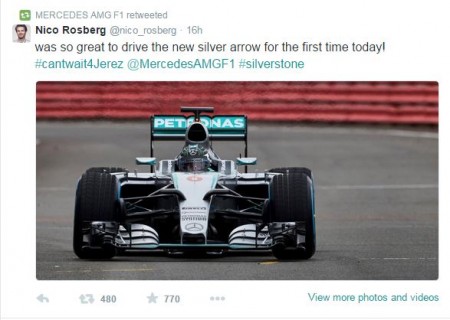