The Mercedes-Benz Unimog was initially designed as a tractor

Elena Luchian, May 25, 2020
2.54K 0
Home Auto news The Mercedes-Benz Unimog was initially designed as a tractor

The Mercedes-Benz Unimog boasts with a story that not many vehicles can tell. The first was designed over seven decades ago by Albert Friedrich and Heirinch Rossler, shortly after World War II. And it was designed for agricultural use.

It was a self-propelled machine that provided a power take-off for the operation of saws in forests or harvesting machines. The Mercedes-Benz Unimog was different from the standard farm tractors as it featured equal-size wheels and its drivetrain was a switchable front-wheel drive. Huge ground clearance made them invincible on rough terrain. 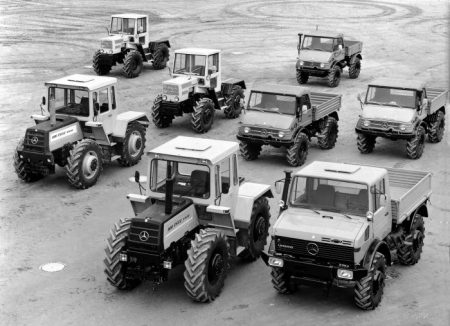 Its designer, Albert Friedrich, was a former head of aircraft-engine design at Daimler-Benz. 25 horsepower, a narrow track width of 1,270 millimeters and a length of only 3,520 millimeters were the figures of the prototype completed in 1945 and then called “Universal-Motor-Great”, eventually shortened to “Unimog”. The mission to build the rather small agricultural tractor, only offered as a Cabriolet with a canvas roof, was accomplished by Boehringer, after Daimler-Benz rejected Friedrich’s idea.

Approximately 600 Unimog-s rolled of the assembly lines of Boehringer through the summer of 1950. The plant became incapable of keeping up with the demand. Daimler admitted failing to recognize that the model was designed for success and took over production that very same year. It was the year the Unimog started to wear the Mercedes-Benz three-pointed star logo.

The multi-purpose multi-functional multi-talented rapidly evolved from its agricultural machinery status. Snowblowers, lawnmowers, rail-driver, off-roader, it could fit them all.

The Unimog also joined famous rally raids such as the Dakar Rally. It also enrolled the army as a personnel and equipment carrier. 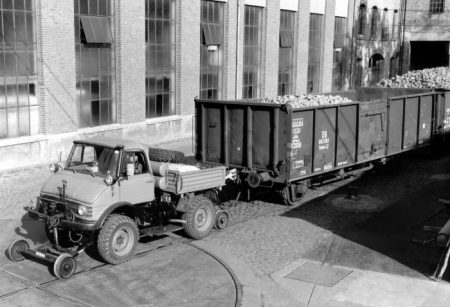 This is how the Unimog eventually achieved a new altitude record, climbing to 21,961,94 feet up the Ojos de Salado volcano in Chile.

The Mercedes-Benz Unimog is on the market even now, being one of the world’s most long-lasting model. It is available as a medium 405 series, used as an equipment carrier, and as a heavy cross-country 437 series.