Twenty-years have passed since the introduction of the Electronic Stability Program feature. The premium car company began with the 140 model series. Today, the technology has become standard equipment almost all around the world.

The ESP is not just one of the long list of equipment acronyms, but one of the most important of them. An abbreviation of the Electronic Stability Program, the ESP letters have standardly shown up in these lists for years already.

But only a few know that twenty-five years ago it came as a ground-breaking innovation. May 1995 was the moment it made it to the first series production model: the Mercedes-Benz S 600 Coupe of the 140 model series. The S 600 Saloons and the SL 600 with the V12 engines followed in its footsteps in September 1995. The V8 engine-powered S-Class Saloons and Coupes and the SLs also received it that year. 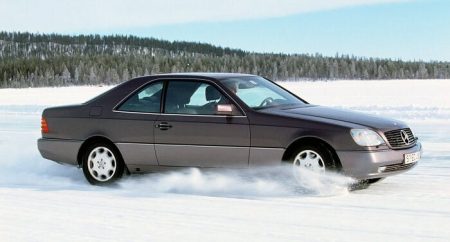 A somewhat bizarre incident happened in October 1997. The Mercedes-Benz A-Class rolled over during the so-called “Moose Test” with a Swedish car journalist behind the steering wheel. The German car maker decided to delay the delivery of the compact car by twelve weeks. The company took its time to retrofit the Electronic Stability Program to all cars as standard. And so the trend-setting A-Class became invincible in its segment when forced to the limit. 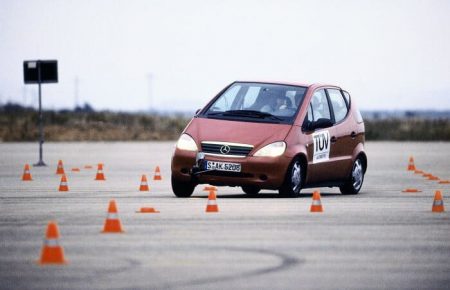 In 1999, the premium car maker became the first brand to set the ESP in all of its passenger-car models as a standard feature. It was the moment the car industry as people knew it up to that moment was set to change.

How does the Electronic Stability Program ESP work?

The system developed by Daimler-Benz and Bosch, provides the driver with assistance in dynamically critical driving situations. It simply applies a measured braking force to one or more wheels, also adjusting the torque delivered by the engine when necessary. Therefore, the electronic intervention allows the vehicle the direction specified by the steering angle. 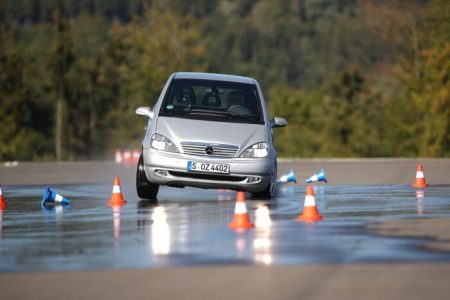 Based on the anti-lock braking system (ABS) and on the anti-slip control (ASR) technologies, the ESP makes use of an extended sensor-based technology. It involves the steering angle, lateral acceleration and yaw rate sensor produced by Bosch as well. The latter is capable of detecting the rotation of the vehicle around its vertical axis. This is how it actually identifies skidding. It supplies the data to the system, making it able to calculate corrective braking interventions within milliseconds.