Rare Maybach 57S Coupe is for sale for a phenomenal price

A rare Maybach 57S Coupe is for sale for a phenomenal price. A Dutch dealer demands more than one million dollars for it.

Daimler tried, but never made it with the Maybach before it turned it into a sub-brand. The car maker brought the model back in 2002. But ten years later, they phased it out. High-sky price discouraged customers who were dreaming of a luxury car. For the same amount, they could go for a Rolls-Royce, for example.

Yet there was a coachbuilder, Xenatec, that saw more in the model and decided to convert it into a coupe. That one-off model is now for sale for a price that might raise some eyebrows. $1,16 dollars or 961,950 euros. This is how much a Dutch dealer asks for the car today, making the car more than five times more expensive than the current Mercedes-Maybach. 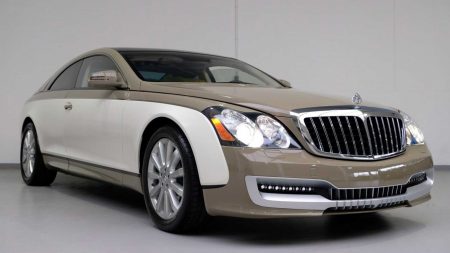 The Maybach 57S Coupe was commissioned by Gaddafi, but never delivered to him

Xenatec claimed they would limit the production to only 100 coupes. But very low demand forced them to stop much sooner. Fewer than ten eventually saw the light of day. A two-tone beige/cream that Libian Colonel Moammar Gaddafi commissioned in 2010, is the one for sale now. Xenatec never delivered the model to the owner. The colonel’s government collapsed and he was captured and killed. 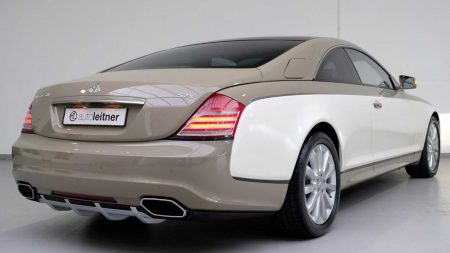 The odometer reads only 2,300 kilometers (1,429 miles). Apart from that, the car seems to look impeccable. The car comes with every feature that Mercedes had available a decade ago. Soft-closing doors, double glazing windows, electric headrests, a fridge, screens in the front seats, remote controls from the rear passengers were all part of the menu.

What sets the exclusive coupe in motion, considering that we are dealing with the S version, is a 6.0-liter V12 engine with 640 horsepower and 1,000 Nm of torque. The engine channels the resources to the rear wheels via an automatic transmission.