Mercedes-AMG will stop offering V12 cars. As the era of smaller V8s and electric motors begins to dawn on us, we thought it was time to take a look at the great history of Mercedes engines with 12 wonderful, gas-guzzling cylinders. Because 12 cylinders are just the best.

Mercedes-AMG has decided to phase out forever and irrevocably its three V12-powered models, the S 65, SL 65 and G 65, as AMG boss Tobias Moers himself confirmed for the American press. “The 12-cylinder engine will be phased out at AMG,” he said.

The current (and last) Mercedes-AMG V12 engine is a force to be reckoned with with six liters capacity and two turbochargers. Set to become a legendary engine in its own, AMG’s V12 makes an impressive 630 hp and 738 lb-ft of torque.

It won’t make its way into the new G-Wagen or the next-generation S-Class and SL, which are supposed to arrive in a year or two. Instead, the AMG V12 will end its life cycle with the limited run Mercedes-AMG S 65 Last Edition, set to spawn only 130 copies.

For Mercedes-AMG, the V12 is no longer viable, since the twin-turbocharged 4.0-liter V8 in the AMG GT 63 S four-door makes 640 horsepower while S 65 AMG’s twin-turbo 6.0-liter V12 manages 630 hp. Having four fewer cylinders means less weight hanging on top of the nose for improved handling. Plus the V8 is shared throughout the Mercedes family, so it’s more affordable to develop, modify, and certify than a new V12. 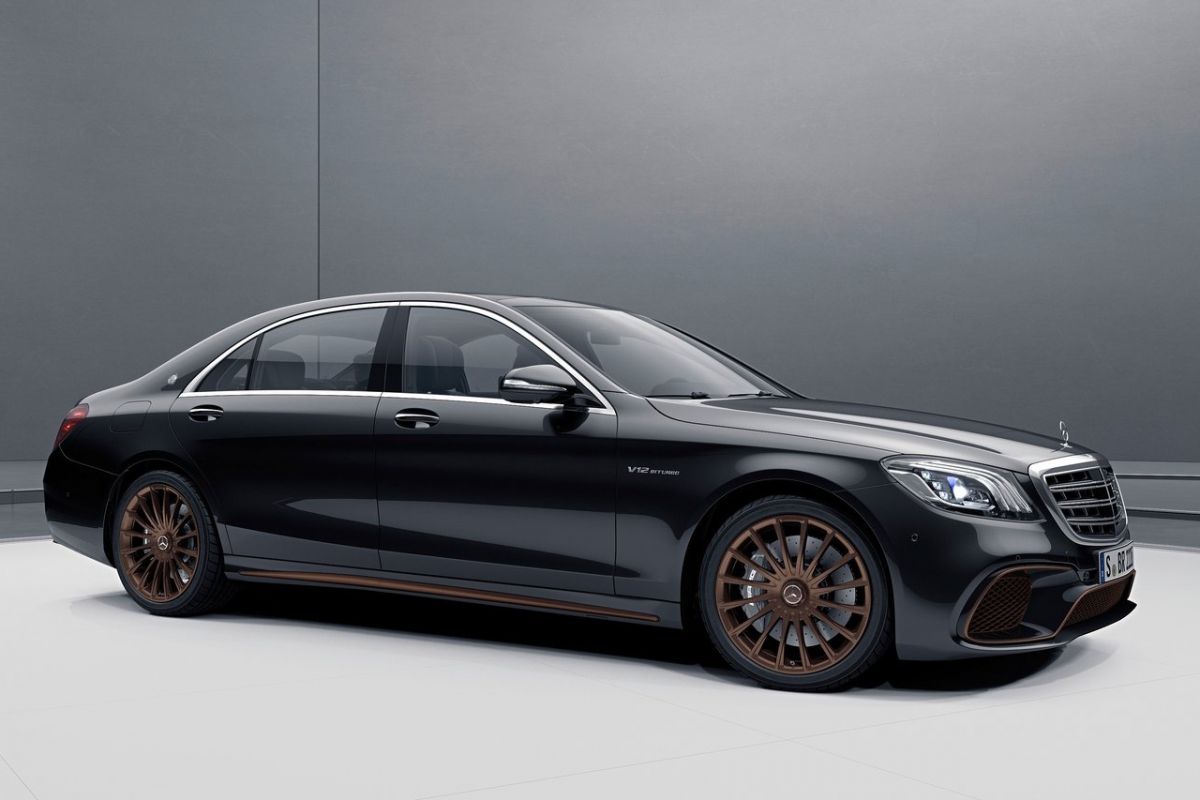 While we won’t be seeing any new V12 powertrains from Mercedes-AMG, we do not rule out the noble engine configuration in other luxury Mercedes. Last year, Tobias Moers said that Mercedes-AMG “will continue to build the engine for other sub-brands”. That means the V12 should live on in the Mercedes-Maybach S 650, possibly even in the next-generation Maybach. The explanation is simple: Mercedes-Maybach is an ultra-tier luxury sub-brand rivaling the very best from Rolls-Royce and Bentley, so a smooth, large V12 is mandatory.

With a capacity of six liters, two turbochargers and 630 hp in its current iteration, the last Mercedes-AMG might be a modern legend on its own, but its origins date back to the early 2000s.

In the luxury segment, there have always been a handful of car makers that had a smooth and silky V12 in their line-up. Particularly, the Germans, Italians and British have been the most ardent supporters of the V12. Its supreme smoothness is unmatched and while the packaging requirements and construction costs make it unviable in even mid-range models, as a range-topper it is hard to beat.

Mercedes-Benz appealed to V12 road car engines in the early 1990s as an answer to rival BMW who launched a similarly powered 7-Series at the end of the 1980s. Before that, the only V12 engine ever made by Mercedes was the Daimler-Benz DB 603 aircraft motor from 1942. Used during the World War II, the 44.52-litre (!) DB 603 unit also powered the Mercedes-Benz T80 land speed record car, sporting a staggering 3.042 hp output.

Next in line was the M137 V12, a smaller engine with less power and only three valves per cylinder, instead of the four valves per cylinder M120 it replaced. This new engine boasted a capacity of 5.7-liters and developed 367 hp. Mercedes produced the M137 V12 between 1998 and 2002, for the top-of-the-line S600 and CL600 luxury models. 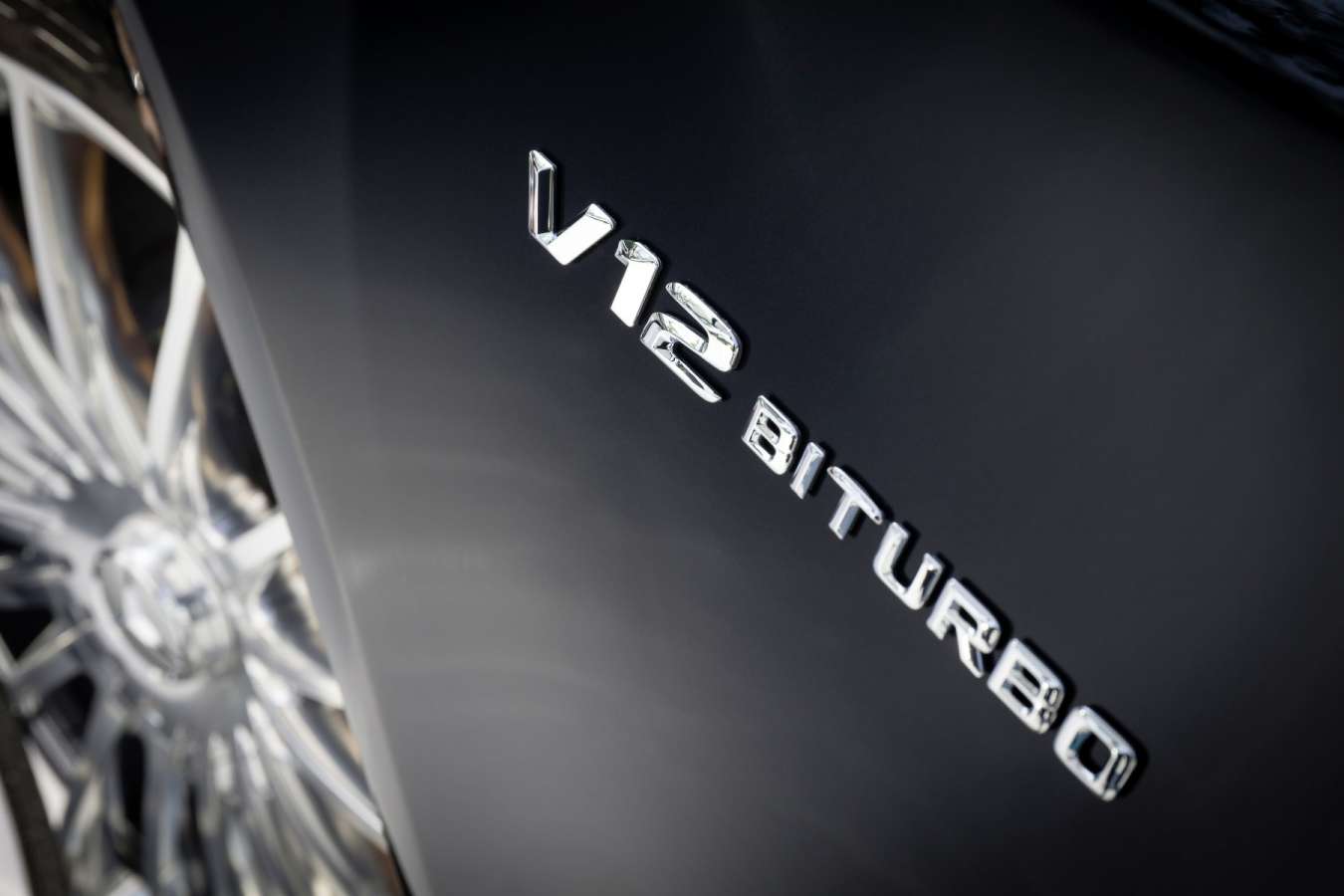 The history of the V12 Mercedes engines continues with probably the most long-lived of this kind developed by the German company: the M275 family. This consists of a 5.5-liter aluminum bi-turbo 5.5-liter unit with a minimum power output of 517 hp. It retained the SOHC architecture with 3 valves per cylinder of its atmospheric forebear. AMG also retuned the engine. Capacity of the M275 AMG variant was increased to 6.0-liters, while power output also went up to 612 hp. This version appeared between 2004 and 2015 on the following models: S 65 AMG (until 2013), CL 65 AMG (until 2014), SL 65 AMG (until 2011), G 65 AMG and Maybach 57 and 57S. Another variation of the M275 was the 5.5-liter M285 with 557 hp, as used by base Maybach cars. In addition, Mercedes also delivered its V12 in M158 guise with a 6.0-liter capacity and 730 hp to Pagani for the Huayra hypercar.

Next iteration in the V12 Mercedes history came out in 2012 and was subsequently updated in 2014 for use in the latest V222 S-Class. Called the M277, this unit was co-developed by AMG, which became responsible for V12 engine development for the German brand from 2012 onwards. Despite still being based on the previous M275 architecture, it featured enough core modifications to be considered new. Among the changes: new engine control unit, modified forged pistons, new dedicated ignition coil with twin-spark ignition. It had a displacement of 6.0-liters and churned out 530 hp.

The last Mercedes-AMG V12 ever (!) is the M279 AMG unit. The M279 is a further development of the M275 and M277 engines. This unit gained larger turbochargers, new cylinder heads and a new exhaust system for improved efficiency and emissions. Engine output is a phenomenal 630 hp. The M279 AMG was specially tuned for the Mercedes-AMG S 65 and Maybach 650 luxury limos, cabrios and coupes, other models that benefited from its services being the SL 65 roadster, the G 65 off-roader and the G 650 Landaulet.