There are many cafes and restaurants in the world that belong to car enthusiasts and in which they exhibit their collection cars. But one of them caught our attention in a special way. This is the DRVN Coffee located in the embassy district of Abu Dhabi. Owned by a local business man Rashed  and a Ukrainian expat Dmitri, DVRN Coffee in Abu Dhabi is a unique concept.

The cafe is located in the area of ​​luxury car dealers in Abu Dhabi and is an ode to the car by the two owners who exhibit on the two floors of the cafe some very rare models. 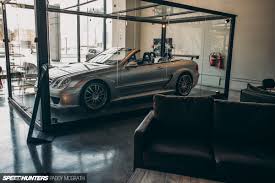 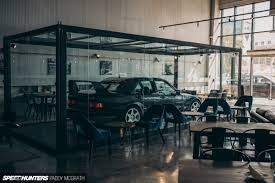 Mercedes 300 SL Flugelturer is one of the models that can not be missing from any collection and prices start at about 1 million euros. It was built in only 1400 units between 1954 and 1957 and rarer are the units with aluminum body. It was the first model with a direct injection engine.

The cafe offers a very familiar atmosphere. Admiring these superb cars you can serve an authentic Neapolitan pizza or a fine coffee. DVRN Coffee is known for its special coffee because the team roast here their own beans in house and source the finest coffee from the best farms in the world – Ethiopia, Costa Rica, Panama, Honduras and Brazil. 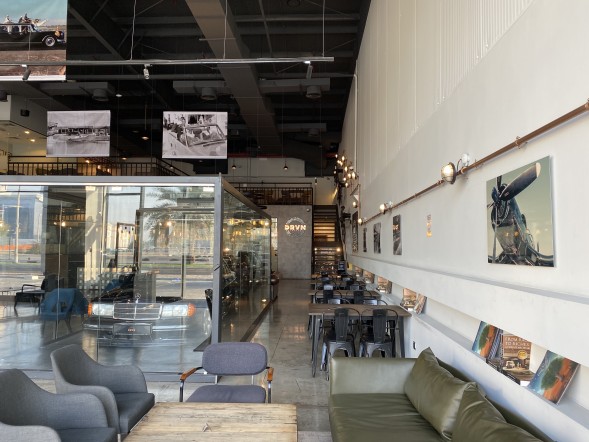