More than 180,539 lucky customers worldwide received their brand-new Mercedes-Benz in January 2019. More than 70,000 of them reached China, a sales record for the Asian state. The premium car maker is counting on new never-before achieved sales this year.

A total of 57,963 units were delivered across Europe, a decrease of 11.2%. 19,296 of them stayed at home in Germany, a 11,9% decrease, slightly compensated by the popularity of the new A-Class, that marked a strong double-digit growth in the beginning of 2019. 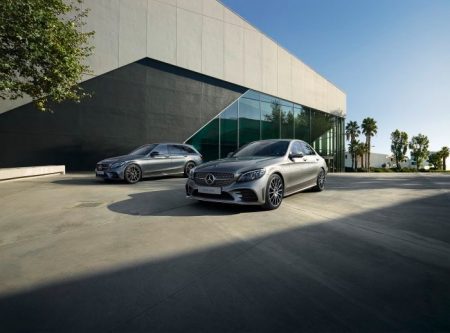 The Asia-Pacific region accounted for 93,234 vehicles, most of them, 71,697, going to China for he beststart to a year so far, +4.8%. It was the first time ever when more than 70,000 Mercedes-Benz cars were delivered there in a single month. The Chinese mostly chose C-Class and E-Class sedans.

The SUVs were well below last year’s January in January 2019, with approximately 60,000 units of the GLA, GLC, GLC Coupe, GLE, GLE Coupe, GLS and G-Class models being handed over to costumers, for a -15.9% decrease.

The new C-Class sedan and estate marked their best-ever January, as more than 36,000 customers received their new cars last month, for a growth of 2.8% in unit sales.

More than 41,000 customers chose a compact car, but the change the compact class has undergone impacted sales. Mercedes is counting on the CLA 4-door coupe, introduced in January at CES, in Las Vegas, to make up for the slow start, following the trend of the A-Class, that achieved a 35% growth in January.

Approximately 8,300 smart units were ordered in January, -10.1%. It was though an increase of 8% in Germany and a double-digit growth in France.