It seems that Mercedes-Benz successfully ended 2014 and started the new year with record sales of 125,865 vehicles. 13.6% more Mercedes-Benz vehicles were sold in January 2015 compared to the same month of the previous year. 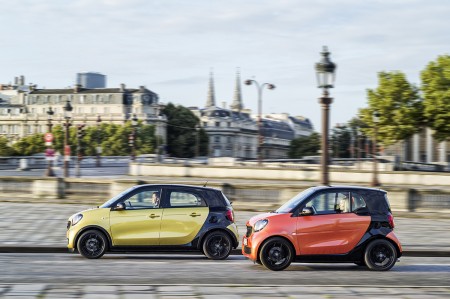 The smart brand also posted a solid growth of 29.9 percent in January.

Ola Källenius said that “”We have started the ‘year of the SUVs’ at Mercedes-Benz with a sales increase of 37% in this segment…January unit sales of the new smart models increased by nearly 30% in comparison to the previous year’s month.”

Regarding the NAFTA region, 27,621 vehicles were handed over to clients, more than ever before. The Asia-Pacific region achieved a number of 46,269 vehicles and 28,080 Mercedes-Benz cars were delivered to Chinese customers. Furthermore, concerning the Japan, Mercedes-Benz continues to hold the market leadership among the premium manufacturers.

Surprisingly or not, sales in Russia were up by 16.2% in January, but it is still uncertain how the economic climate will influence Mercedes-Benz sales in Russia for the rest of the year.

As expected, the SUVs achieved an amazing 37% sales growth in the segment, with new sales records from the GLK, GL and G-Class.
Mercedes-Benz compact cars enjoy great popularity and it resulted in 24% sales increase in January and 33,719 customers received brand new A-, B-, CLA- and GLA-Class vehicles last month.

Sales of the C-Class sedan and estate are over 50% higher than in January 2014. Concerning the S-Class, the units of the best-selling luxury automobile in the world were up by 9.2%, to a new record of 8,111 units.

The new smart models are enjoying great popularity among customers. In January, unit sales increased to 8,457 smart fortwo and forfour models, meaning a 29.9% increase compared to the previous year’s month.