The 9 millionth car produced in Bremen is a Mercedes EQC

The Mercedes plant in Bremen produced 9 million cars. The 9 millionth copy is a Mercedes EQC.

The Bremen plant has a history of over 40 years. Production began in February 1978 with a Mercedes W123 T-Model. 12,500 people work here, the factory in Bremen being the largest private employer in the region.

10 different models are produced in Bremen: C-Class saloon, Estate, Coupe and Cabrio; E-Class Coupé and Cabriolet; the SUV GLC, GLC Coupé as well as the SL Roadster and the EQC.

As the center of competence for the C-Class, the Mercedes-Benz Bremen Plant oversees the worldwide production of Mercedes-Benz’s highest-volume model series at the company’s overseas plants. Also the production of the GLC is controlled from Bremen as the main production location.

Coming back to the anniversary model, the Mercedes EQC was the first all-electric vehicle to be integrated into ongoing production in 2019. It is produced there on the same line as the C-Class Saloon and Estate as well as the GLC and GLC Coupé. This is possible because Mercedes-Benz Cars invested in high-tech equipment with pioneering Industry 4.0 solutions in the entire production network at an early stage. 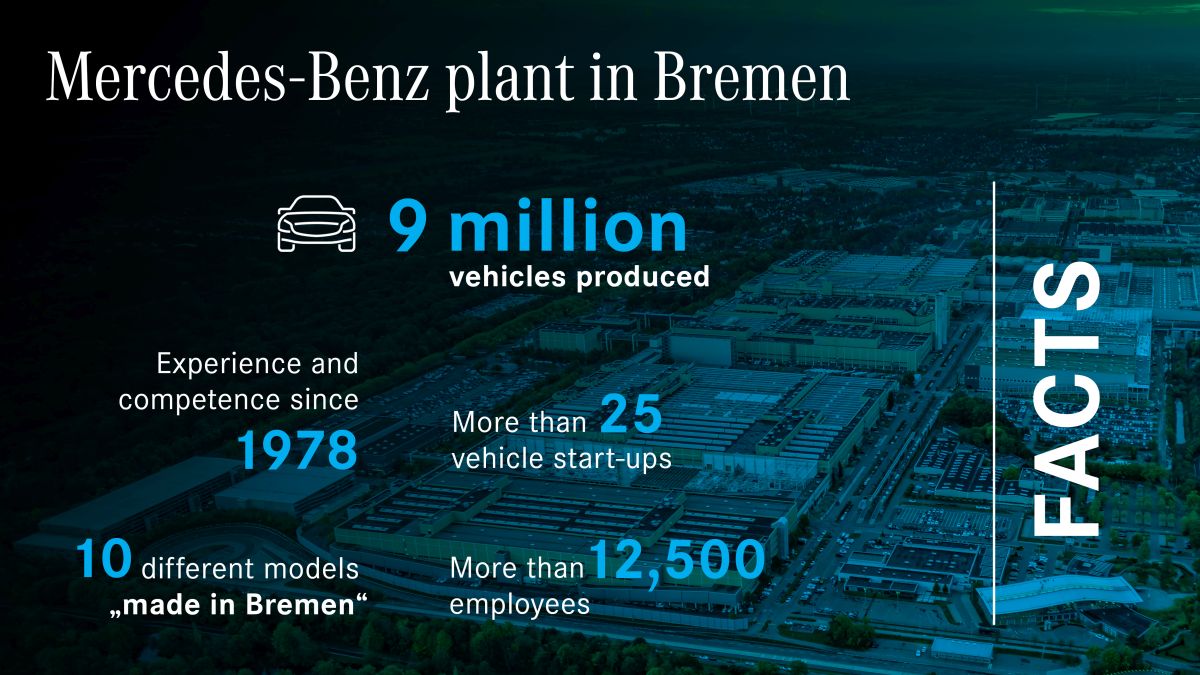 Mercedes did not provide data on how many units Mercedes EQC produced. Sales statistics indicate 3,048 units sold in Europe in the first 6 months of 2020 compared to 3,627 Jaguar I-Pace units and 12,806 Audi e-tron units.