No heaven at Mercedes-Benz of North Haven

Half of the world is frozen over and the Mercedes-Benz models know this just as much as we do. The most ingenious Mercedes-Benz dealership thought of using their surveillance camera to show the world the horrors of staying out in frost-bound blizzard.

There is no Frosty the Snowman. There are just the Benz models snowed on, frozen to the marrow, cleaned off and then covered in snow again. The ploughshares dash around the parking lot to move the massive snow aside. 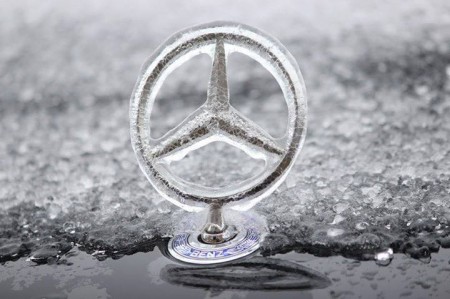 Half of America was paralyzed with snow storms for a whole week and the frost has not given a break to the North Haven showroom, in Connecticut either, as blizzard Colbie crippled across the North-Eastern part of the United States, hitting major metropolitan areas like North York, New Jersey, Chicago and Boston.

Tens of millions of people were urged to stay indoor, as the interstates were temporarily closed down and Amtrack reduced train service.

There is no heaven at the Mercedes-Benz of North Haven in Connecticut, as the whole area was also hit by – what the authorities call – the worst sandstorm since 1872.

The North Haven employees found the interesting part of the massive snowdown and icy blast. Watching the recorded video, the employees make sure we know they had no alien guests in their parking lot during the nighttime. “The flashing blue light is the reflection of the GoPro WiFi light, not a UFO like we initially thought” and we are relieved to hear that.

With the blizzard putting a wall in front of the surveillance camera, they had to lift it on the second day of surveillance.

The Mercedes-Benz of North Haven dealership is one of the most ingenious in the world. The people in North Haven were the first to join the ASL Ice Bucket Challenge this past fall. Have you missed that? See the video here!