An insurance company sells the car as a recovered theft automobile. A brief inspection reveals that it was stored in a garage, protected from weather, as the blue paint still has its factory shade. Which is even more bizarre, it has been driven for so much less than the distance it would have normally covered so far.

The seats are upholstered in tan leather. The SL 500 bears an aluminum hard top. 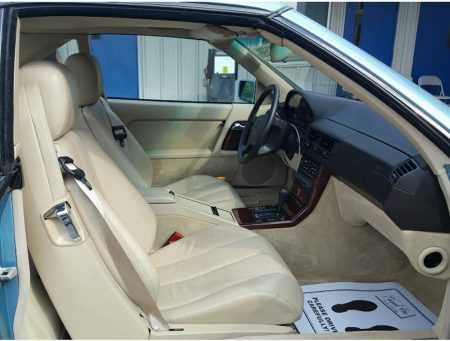 The sales announcement indicates minor dents and scratches, but nothing that could have a major impact on its looks. The Mercedes-Benz 500 SL R129 was manufactured between 1989 and 2001.

Under the hood, there is still the original M119 5.0-liter V8 gasoline engine with 322 horsepower, coupled to a standardly-fit automatic transmission and to a rear-wheel drive system. 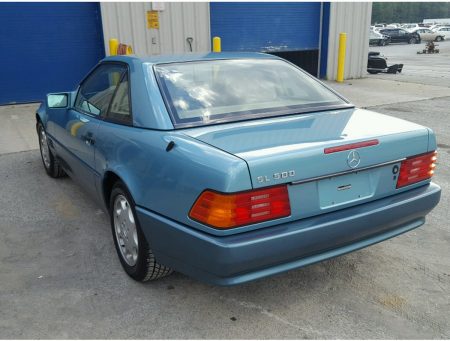 The German premium vehicle was way ahead of its time 27 years ago, thus featuring active dampers, but also a roll-over bar, that would automatically extend when necessary. Surprisingly, it is still functional.

Whoever wants to check it out before purchasing it, the convertible may be seen in Pittsburgh, Pennsylvania. Although the car was estimated at $12,008, the bid has already reached $23,100. 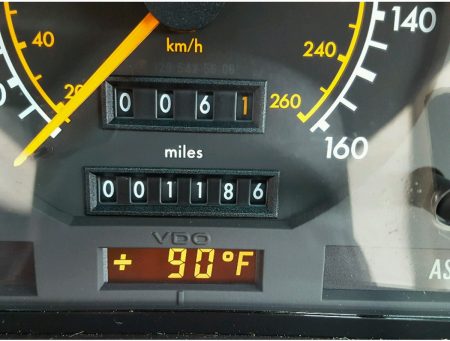