The new Mercedes-AMG F1 W10 EQ Power+ has hit the racetrack in Silverstone, completing its first laps, ahead of the team’s tenth season in Formula 1. The racing car celebrates it with a new livery.

The Mercedes-AMG F1 W10 EQ Power+ has run its first laps on the 2.98-kilometer Silverstone International Circuit, with Valtteri Bottas behind the wheel, to be followed by the champion Lewis Hamilton. 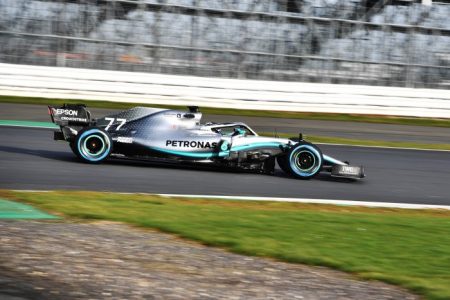 “We’re eager to hit the ground running in Barcelona, to benchmark ourselves against our own simulations and see if our predictions materialise on track,” said the team’s manager, Toto Wolff.

The car has gone substantial changes, in order to comply with the new Technical Regulations.  “Regulation changes are both opportunity and threat,” said Technical Director James Allison. 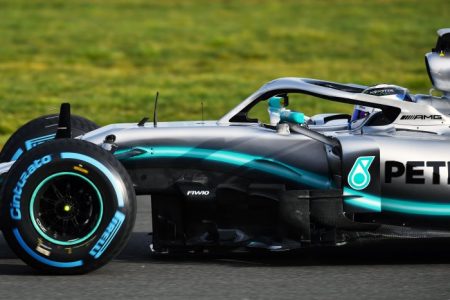 Thus the engineers had to operate modifications on the Power Unit, aerodynamics to meet. The maximum race fuel allowance has increased by 5 kilograms to a total of 110 kilograms.

The work on the new Formula 1 car started 16 month ago, when the team was still running after its fourth championship title. On the chassis side, more than half of the engineers in the design office were working on the W10 by the 2018 F1 summer break. In October, the factory was working flat out on the W10, designing and producing parts of the future contender. Overall, about 7000 drawings were made.

The winter was work, work, work at the factory, where the major components and subsystems such as the transmission, suspension and cooling systems were worked on. 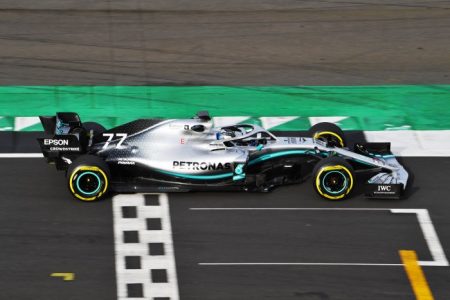 “I had a great Christmas with my family and then I went snowmobiling, I went skiing, I went surfing with Kelly Slater, which was amazing,” said Lewis, who is starting his seventh season with the team, after four world titles, 52 race wins and 57 pole positions since 2013. “I completely switched off from racing for a while, trying to focus and re-centre myself and training hard for the new season. 2018 was a great year, but I feel like 2019 can be even better. I want to achieve more, I want to continue to keep pushing. I feel energised and I’m ready to attack.“

“I had a really good winter; I’m full of energy and I’m looking forward to the new season,” said Valtteri. “I started my first training camp in early January and have been on a good path ever since. I did most of my training in Finland, first in the south close to my home town, then further north in Lapland because that’s where you get a proper winter. The conditions are quite harsh, it’s freezing cold, snow is guaranteed, but it’s a great environment to exercise and prepare your mind and your body for the upcoming fight.”