Mercedes-Benz celebrates 100 years production at the historic location in Sindelfingen.

100 years. There are many carmakers which do not have a 100 year history. Mercedes-Benz has a glorious history which is strong connected with the Sindelfingen location.

The factory was finished in 1915 on a 38 hectares. The production started in 1916 with airplanes and airplane engines. In 1919 Mercedes-Benz started production of cars.

On May 9, 1968, Mercedes celebrated the production of the 2 million cars since the Second Warld War was ended and in October 1977 the production reached 5 million units.

37,000 people works today on a 50 hectares halls. 367,313 cars were produced in 2014 in Sindelfingen according to auto motor und sport informations. There were even better times when well above 400,000 cars were made but now times are changed. The Mercedes-Benz compact range is produced outside Sindelfingen in Rastatt and Kecsemet. 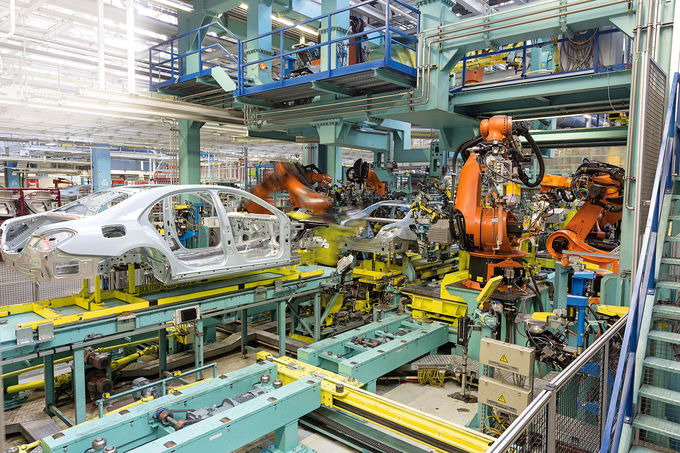 Not only S-Class family is produced in Sindelfingen but also the new sportcar Mercedes-AMG GT. Axel Hediger, head of former SLS AMG and the new AMG GT production line quoted by auto und motor und sport declared: “Compared with S-Class , we work here almost without robots. Even the AMG GT is not so attractive for collectors like the previous SLS AMG, it is still a genuine sportcar which compete in a more popular price segment and includes a lot of manual work”. 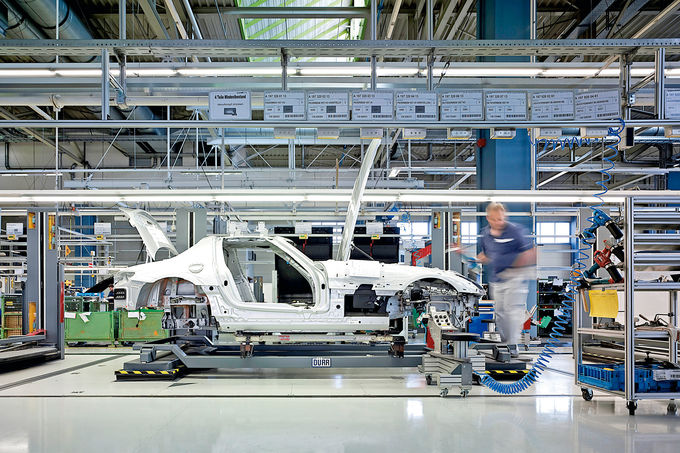 AMG GT is produced on the second floor of the 3/10 building used before for the “marriage” between body and drive train of the Mercedes E-Class. Compared with high volume production, the workers needs high qualification and must meet up to ten times more tasks per station.

Between buildings 7/4 and 8 there is a 26 meter bridge built in 2003 which has a architectural role and is used for transportation of S-Class from the body shop to the paint shop. The robots spray around 25.5 kilograms of material from the primer to the final coat and in the end remain only 15.3 kg of paint. 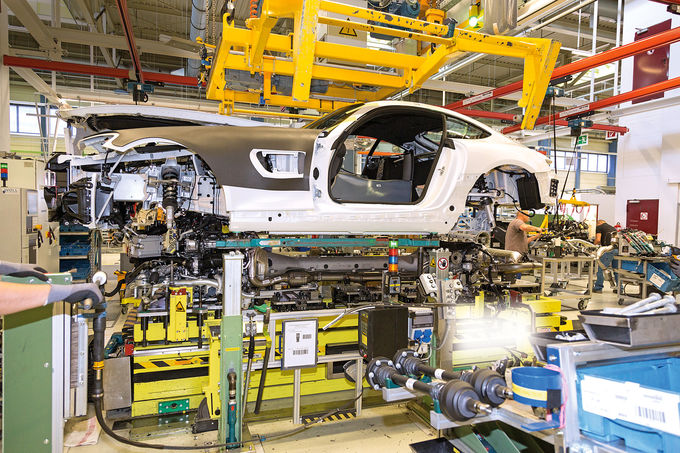 Sindelfingen is also a Center of Excellence for individual desires of solvent customers. Here was built the very exclusive Maybach models and now the S-Class production reaches the highest level ever for a luxury class car. Now, the luxury cabrio were added to the S-Class range making the S-Class the largest family in the luxury class.

Since 1953, customers have the possibility to pick-up their car directly from the factory and in 1981 Customer Center was opened. 11,000 meals are prepared every day in the 11 restaurants. Sindelfingen is like a small city.

Mercedes-Benz Museum GmbH is the place where you can buy a old or youngtimer. The cars offered for sale can be seen in the hall between customer center and the museum.