With a little over a year since its market debut, the luxury limousine of the Mercedes-Benz range has already broken the 100,000 units milestone. This makes it the most rapid selling S-Class in the whole model’s history.

Over 100,000 units in the course of one year can be a pretty positive outcome for any kind of passenger car, but it’s all the more impressive when you’re talking about a huge, luxurious sedan which, unsurprisingly, doesn’t come cheap at all. Oh, yeah, and then there’s that global financial crisis thing that still hasn’t been sorted out yet…

Well, leave it to the Mercedes-Benz S-Class to demolish all the generally accepted rules.

Truth be said, Mercedes did cheat a little in order to achieve this feat. The S-Class was pushed on the market extremely fast since its first launch, starting with its home market, Germany, then moving on towards the top selling countries: China and the United States of America.

These latter countries represent the two largest markets for the S-Class. The company says that almost half of the S-Classes built go to China, while the USA buys close to a quarter. For comparison, only a tenth of the limousines Mercedes-Benz makes remain at home in Germany. 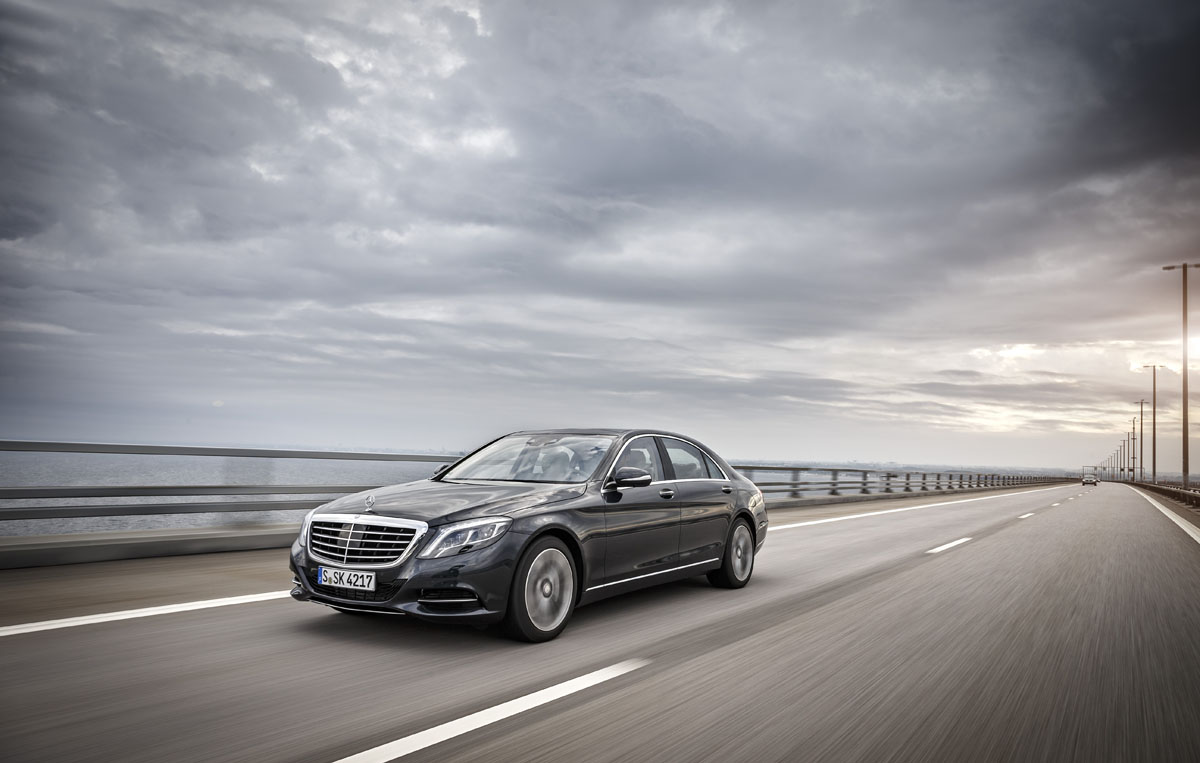 Looking at the car, it’s easy to see what makes it so desirable among those who are looking for more than just a premium executive sedan. It’s a combination of exquisite quality, beautiful flowing design, boundaries-pushing technology, unparalleled comfort and efficient yet powerful engines. Plus, a very rich choice of versions.

The S-Class Coupe was only available for a very short period of this timeframe (from last year’s October to this year’s) so credit must go to all the diesel and petrol versions of the S-Class, plus the AMG and the S500 PLUG-IN HYBRID. In this day and age it’s all about customization and personal preferences start with being able to choose the right powertrain to suit your needs.

Starting with the 1st of January 2014, Mercedes-Benz has sold 75,391 S-Class units. This means that, with a little help from the S-Class Coupe, there’s a real chance that the S-Class could break the 100,000 units milestone for the total of this year as well.