The Mercedes-AMG Project ONE is already out testing

The Mercedes-AMG Project One is turning into the real thing. One year after being introduced to the show car, at the Frankfurt Motor Show, we now get to see the first spy shots of the prototypes.

A transnational project team is working day and night to reach a common goal: to bring the hybrid technology already functional in Formula 1 on the road. The Mercedes-AMG Petronas Motorsport squad based in Brackley and Brixworth, United Kingdon, is coming with its expertise to give a helping hand to the engineers specialized in developing street-legal cars. 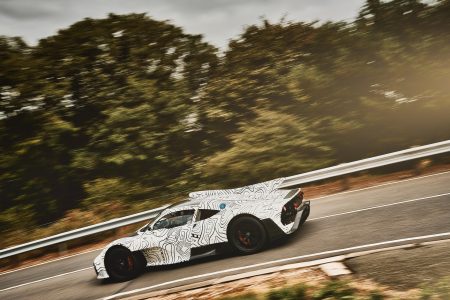 Together they have gathered hundreds of hours of testing. It far from a walk in the park to put a high-performance drive unit in a series production model. The` entire powertrain, with the all of the hybrid components included, undergo the roughest of test in the Mercedes-AMG developing center, but also on the racetrack, where they were actually born.

The teams have completed the dyno tests successfully, by installing the highly complex powertrain into the first prototypes of the Mercedes-AMG Project One hypercar. Since that moment, professional drivers, accompanied by engineers, ran around in circles, again and again, unnoticed, on a secret test ground in England. So here are the first photos of the prototypes covered in camouflage. Because of the noise they make, it’s next to impossible to keep the testing secret. 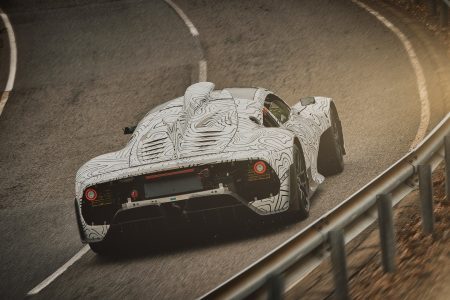 Mercedes-AMG Project One first-ever video is here – with Lewis Hamilton!

The car is powered by a 1.6-liter V6 turbo engine, working together with two electric motors, MGU-H and MGU-K, as part of an advanced KERS system, that is capable of amplifying the power of the combustion engine. The entire power system will develop around 1,100 horsepower and will make the car hit 62 mph (100 km/h) from a standstill in approximately 2.5 seconds.

The chassis and the engine of the car will be built in England. Only 275 fortunate customers will get their hands on the hypercar. Only after they pay the sky-high price of €2,275 million.