Oh, Lord, Won’t You Buy Me a Mercedes-Benz?

We keep humming that song, although it turned out to be a hit sensation long before many of us were even born. In the 1970s, Janis Joplin recorded it just three days before her tragic sudden death. She had never owned a Benz. Right now, a Brasilian artist is singing it again. So, Lord, won’t you buy me a Mercedes-Benz?

A Brasilian artist with an amazing soul singing has recorded the hit of the 70s more than three decades later. She immediately became a continental sensation in South America and her voice has just crossed the Atlantic to Europe. So sing along with the “Oh, Lord, Won’t You Buy Me a Mercedes-Benz” classic:

The story behind the song is one of a kind. In 1970, Janis Joplin wrote the lyrics of the song together with poets Michael McClure and Bob Neuwirth, but they never had a public release on their mind. The singer was inspired to ask the Lord for a Mercedes-Benz after going for a ride in one, in New York City, back in August, during a party. She kept humming and Neuwirth wrote down the lyrics on a beer-stained napkin.

It was recorded in a one take on 1st of October 1970, in a studio in Los Angeles, in her final vocal session, just three days before she was found dead in her hotel room. Cause of death? Overdose of heroine. She was 27 years old. And never owned a Mercedes, but a rival of the German brand, painted in psychedelic colors, fit for her style. “My friends all drive Porsches, but I must make amends”, says the Mercedes-Benz song. And she also owned a Porsche. 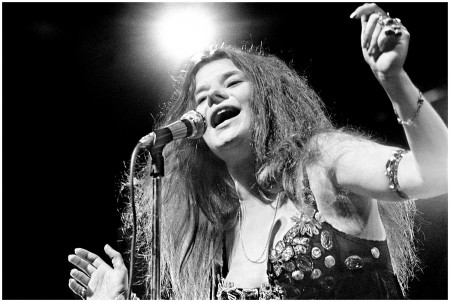 Janis Joplin recorded the hit only three days before she died

The crazy work of art took no less than a month to paint and even the dashboard was coated with – what the artist used to call – “the history of the Universe”!

One year after her death, Elton John played “Oh, Lord, Won’t You Buy Me a Mercedes-Benz” during his American tour. Elton John is actually a fan of the brand. In 2006, the American hit-maker Pink has also sang it during her I’m Not Dead world tour.

As expected, Mercedes-Benz used the song for a few 1995 tv commercials. They did it again in 2007 and, in February 2011, it was aired during a SuperBowl TV add. The poet Neuwirth says it was never written for advertising purposes and Janis Joplin Estate never requested money from Mercedes-Benz.

You can also listen to the original Janis Joplin’s recording, three days before her tragic death: