Hello, Goodwood! Please, meet history! The spectators at this year’s Festival of Speed are privileged. They get to see not just one, bust seven of the Mercedes-Benz 300 SLR racing sports cars reunited on the racing track, six decades after Sir Stirling Moss made history behind the wheel of one of them.

60 years after winning the historical Mille Miglia triumph, Sir Stirling Moss is the VIP of the largest automotive garden party. By his side, there is his teammate, Hans Herrmann. The Goodwood Festival of Speed is celebrating the 60th anniversary of the most successful season in the motorsport history of Mercedes-Benz. 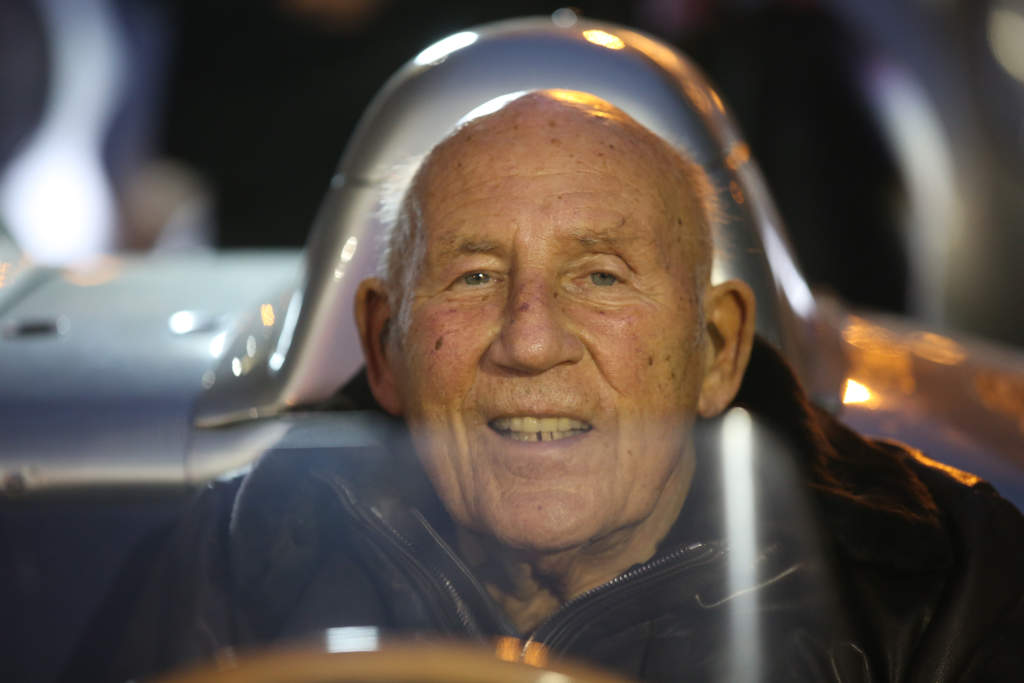 The iconic cars will be brought to the Goodwood lawn from the Mercedes-Benz Museum and from the motor car museum in Mulhouse. Only nine such vehicles were ever built. The ones bearing the 1, 2, 4, 5, 7, 8 and 10 chassis number will be present at the festival. The number 4 is the exact 300 SLR that made Sir Stirling Moss the winner in the 1955 Mille Miglia. To commemorate the event, it will bear the 722 start number, just like 60 years ago in the 1000 mile race, in which they set of on May 1st, at 7:22 a.m. 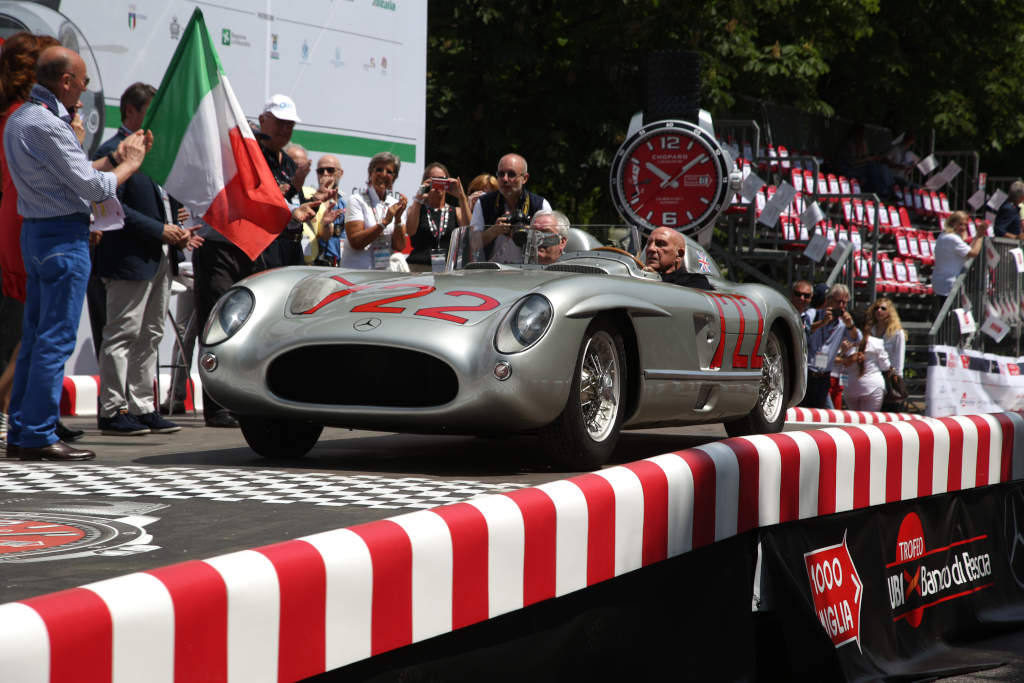 Now Sir Stirling Moss and Hans Herrmann will be taking their 1955 racing sports car and drive it on the hill circuit.

Other Mercedes-Benz Brand Ambassadors such as Klaus Ludwig, Jochen Mass, Sir Jackie Stewart, and Susie Wolff will be guests at the 2015 Festival of Speed. 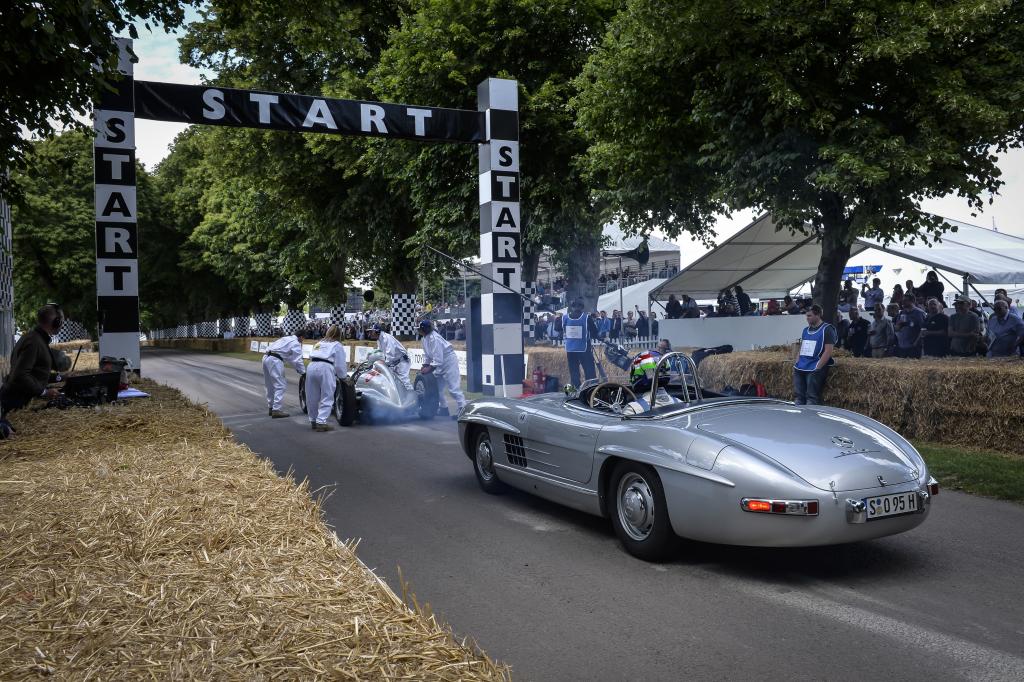 The 22nd Festival of Speed will be held from 25 to 28 June 2015 on the estate of the Earl of March and Kinrara in Goodwood (Sussex, England). The motto for this year is “Flat-Out and Fearless”. All in all, the organizers of the festival dating back in 1993, are expecting well over 600 exclusive vehicles and around 150,000 visitors.

The Mercedes AMG Petronas Formula One racing team will also be present at the event, so the world champion Lewis Hamilton and the runner up Nico Rosberg will get the chance to meet the heroes of times long gone before they were even born.