Mercedes will show on Frankfurt Motorshow the new S-Class Cabrio, the sixth variant of the current S-Class family and the first open-top luxury four-seater Mercedes since 1971.

Two years after launch of the saloon version, the S-Class family is now complete. With six members, the current S-Class family is the most comprehensive and the most succesful in the luxury class. The new S-Class Cabrio is the first Mercedes four seater luxury cabrio after 44 years. You can see here the history of Mercedes luxury four seater cabrios. 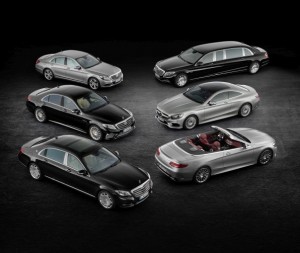 The 4Matic is reserved exclusively for AMG version and LHD versions while Mercedes will offer a RHD AMG version with rear wheel drive only. The 4Matic in S 63 AMG distributes 33% of the torque to the front axle and 67% to the rear axle. This rear biased power distribution provides high driving dynamics specific to AMG. 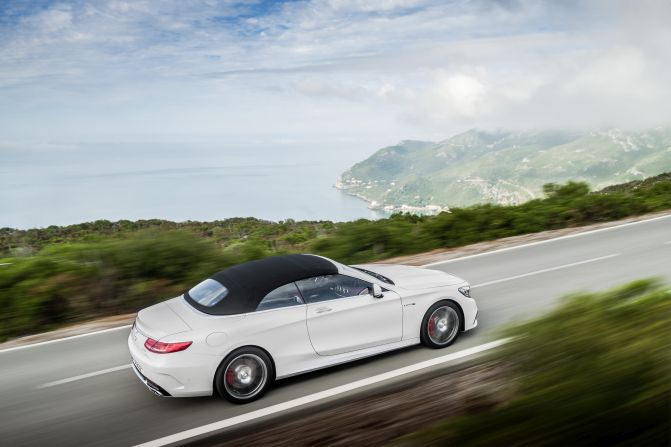 Like the S 500 Cabrio, the S 63 AMG Cabrio uses the Airmatic suspension with adaptive damping system ADS Plus.In case of S 63 AMG Cabrio, the suspension can be raised with 30 mm on poor surfaces an the chassis is lowered again automatically in Sport mode and from a speed of 120 km/h in Controlled Efficiency mode.The S 63 AMG cabrio is equipped with 19 inch forged AMG light-alloy wheels as standard while the high-performance composite brakes, with 20% lighter than the conventional system is in option.

Based on the two-door S-Class Coupe, the S-Class Cabrio (length/width/height: 5,027/1,899/1,417 mm) shares around 60% of its bodyshell components with S-Class Coupe. The rear floor made from aluminium is completely new at the cabrio version which uses more than 50% lightweight materials.

Mercedes claims that S-Class Cabrio attains torsional stiffness values closer to the S-Class Coupe. The rear wall behind the rear seats reinforce the body and at the same time supports the pyrotechnically extending roll bars and also incorporates a through-loading opening into the luggage compartment. The rear wall is attached via two additional large cast aluminium parts to the side wall. Other reinforcements under the floor enhances the convertible’s rigidity. For the first time on a Mercedes cabrio, the roll bars are extended not by spring force but by pyrotechnical method using a gas generator.

Mercedes claims that the S-Class Cabrio is the world’s most comfortable and quietest convertible. The three layer softtop incorporates a butyl layer as a water barrier on the inside, as opposed to the previous neoprene layer. The insulating layer of the softtop, the sealing concept of the doors and the double glazing together with the lowest Cd value of 0.29 for this segment are crucial for the low wind noise in the interior.

The softtop can be opened and close from a switch in the central console in around 20 seconds. the operation is possible even while on move up to a speed of 60 km/h. 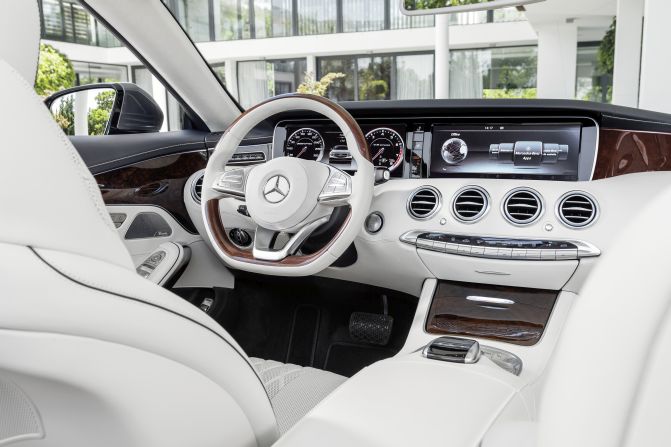 The S-Class cabrio is available optionally with the Aircap automatic wind protection system, which can be extended at the touch of a button to reduce turbulence in the interior. Aircap consists of a wind deflector with a net placed in the upper part of the windscreen frame that can be extended by 7 cm and a wind deflector behind the rear seats with a convex contour and stainless steel trim.

Another optionally available feature  well known from the SL and SLK is the Airscarf neck-level heating which provide a comfortable open top driving even at low outside temperatures. The standard automatic Thermotronic climate control has two climate zones and three climate styles (diffuse, medium or focused). Like in the S-Class, the optionally available Warmth Comfort package include heated armrests on the centre console and the doors as wheel heated multifunction steering wheel.

The new S-Class cabrio including the powerful AMG version will go on sale in December 2015, and the market launch will begin in the spring of 2016.