It all started with three letters. In 1967. In Burgstall. A as in Hans Werner Autrecht, M stands for Erhard Melcher and G comes from Grossaspach. The place and the men, two automotive engineers, who started a local business and later converted it into a global brand.

But Aufrecht’s vision was beyond making a reputation. He was dreaming of offering road vehicles inspired by the successful racing car that Manfred Schiek had won by ten times in the German Touring Car Championship: the one bearing 300 SE, developed by Aufrecht and Melcher.

In 1967, the two engineers founded the “Aufrecht Melcher Großaspach Ingenieurbüro, Konstruktion und Versuch zur Entwicklung von Rennmotoren” (“Aufrecht Melcher Großaspach engineering firm, design and testing for the development of racing engines”). We know by now that most businesses start in garages. This one started out in a former mill, in the near town Burgstall.

1971 – 300 SEL 6.8 AMG takes first place in its class at Spa-Francorchamps and got second place in the overall ranking. That was the first time the whole world stood and listened the roar of the “Red Pig” on the racetrack. A fast luxury sedan competing against cars which were much lighter and winning made them famous. 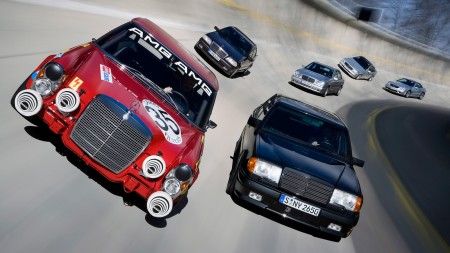 And the years went on. With new engines and new awards for their “one man, one engine” endeavor.

1990 – Cooperation between Mercedes-Benz and AMG concluded for a while.

1993 – Premiere of the C 36 AMG, first car developed in collaboration between AMG and Mercedes-Benz.

2003 – AMG knocks down “Engine of the Year” Award for its spectacular AMG 5.5-liter V8 Kompressor engine.

2006 – Opening of the Performance Studio. 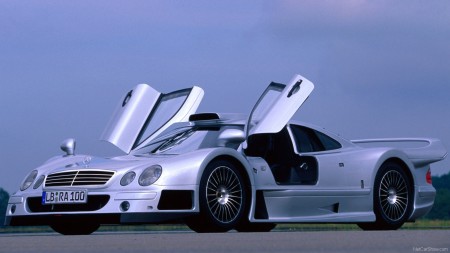 2007 – Foundation of the AMG Driving Academy that still gives the enthusiasts the chance to experience the AMG vehicles in their natural habitat: the racetrack.

2008 – Establishment of the 175 AMG Performance Centers in 15 countries

2009 – World premiere of the SLS AMG, the gullwing daredevil that is still the favorite of celebrities world wide.

2010 – Presentation of the SLS AMG GT3 as a costumer sports racing car.

The video stops, but the story goes on, to live its “happily ever after” time after time and to bring into the world insane cars, like the AMG GT – fully developed by AMG – launched exactly one year ago.