The history of Mercedes luxury cabrios

Mercedes never had a cabrio badged S-Class until the generation which has been presented today. But before 1971, Mercedes had a lot of luxury four seater cabrios. Here are the main important models.

After the second world war, the top models from Mercedes-Benz were also available in the particularly exclusive variant as a cabriolet. 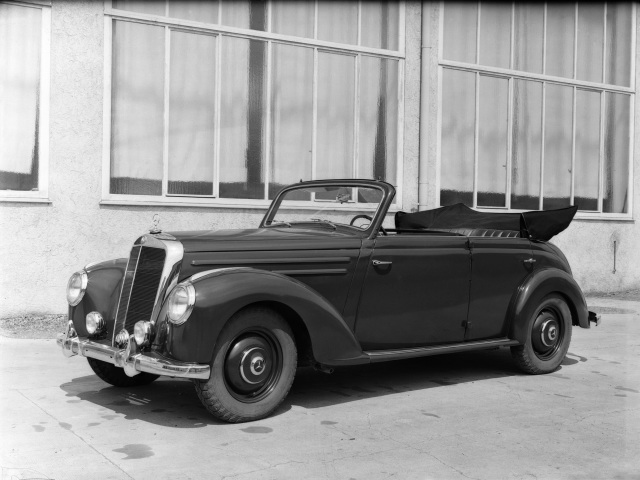 The 220 (W187) and the 300 S (W188) were shown at the first edition of Frankfurt Motorshow in April 1951 and went into production in July 1951 with three different bodies – saloon, Convertible A and Convertible B. Both convertibles, which were positioned as exclusive and sporty GT cars, replaced the corresponding versions of the 170 S, production of which ended in November 1951. Apart from the body types already mentioned, 41 open touring cars were produced for the police forces between August 1952 and May 1953. At a first glance there seems to be a strong resemblance between this version and the Convertible B. However, in contrast to that car, this version was available as a four-door car and it had a folding top without coach-joints, as was typical for traditional touring cars. 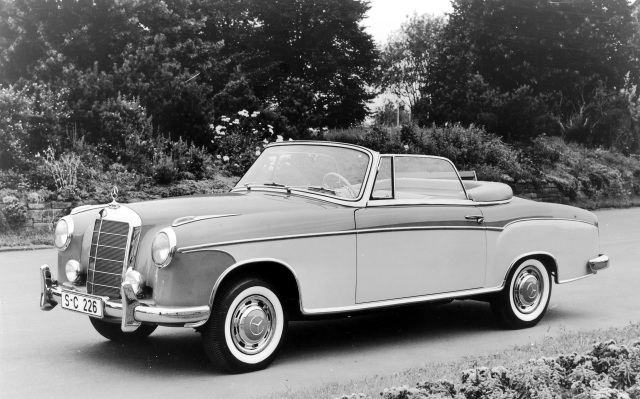 In November 1953, the straight front window of the Convertible A was replaced by a slightly curved one, in order to underscore the sporty appearance of this model

In May 1954, production of the 220 saloon ended, after the last Convertible B had rolled off the conveyor belt at the works in Sindelfingen one year before – obviously many potential customers preferred the saloon with sunroof, which was about DM 2,500 cheaper. Production of the coupé as well as the Convertible A continued until July and August 1955 respectively. More than a year passed until both body versions were available of the new ponton-type 220 model, too.

Both 220 and 300 S versions use a brand new 6 cylinder engine with overhead camshafts.

In March 1954, Mercedes has introduced a new 220 model with a modern integral concept. It was the second Mercedes range to use the name Ponton.

The Type 220 SE, a new six-cylinder model, was presented to the public in September 1958 and came on the market two months later. This model, with the internal designation W 128, was largely identical to the 220 S except for having petrol injection. This was done by intermittent inlet manifold injection and meant that the 2.2-liter engine now produced 115 HP. 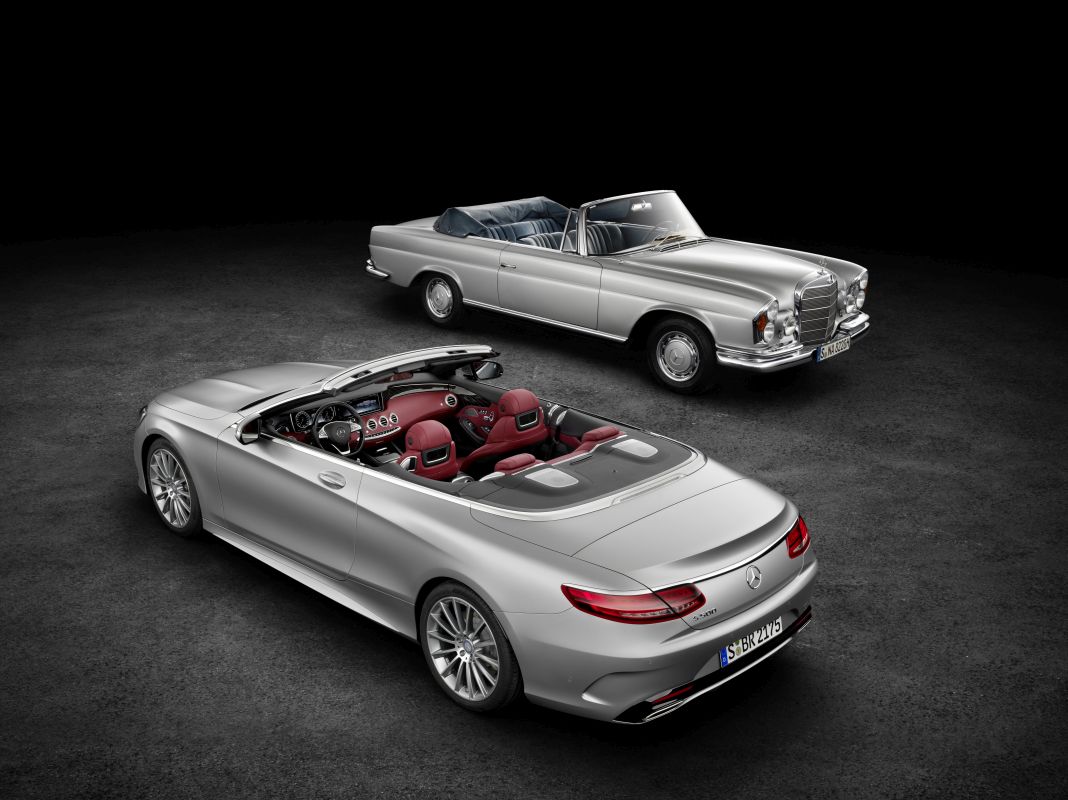 For the time being there was no open –top luxury car in Mercedes model range to follow this generation. The role was open-top luxury cars were taken over by the third SL generation (code name R 107), produced from 1971 to 1989.

The first luxury car with the S-Class badge – the series W116 – was launched in 1972 and was never offered as a cabrio derivates.