The article is a dialogue between Car authors Tim Pollard and CJ Hubbard. 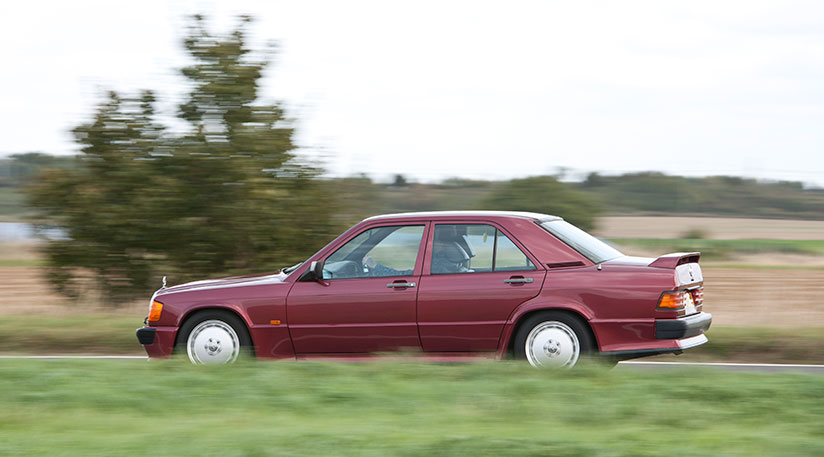 The CJ Hubbart about Mercedes 190E 2.5-16: “The engine seemed astonishingly torquey to me, making for a relaxed and rapid cruiser, rather than an outright laser-guided missile. Especially with that enormous steering wheel. I loved the interior, though – how about those incredible bucket rear seats?”.

And Tim Pollard said: “Those snug-fitting rear bucket seats in the Cosworth are fabulous. Never seen anything like them before. And the 190 feels bulletproof. A reminder that Merc know how to do quality when they put mind on it.” 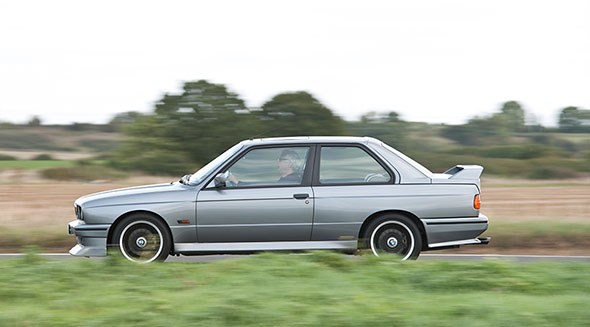 The sporty version of 190E was born as a result of Mercedes participation in the DTM motor sport series. The rules of that times specified that the cars which participate in DTM had to be based on a roadgoing model.

Following this rule, Mercedes presented at Frankfurt Motorshow in September 1983 a high performance 190E fitted with a detuned version of the Cosworth engine for DTM.

The 190E 2.3-16 had as standard a 32% limited slip differential and multilink rear suspension.

In case of the new 2.5 liter engine, the cylinder head was made by Mercedes and not by Cosworth. The 2.5 liter engine has a longer stroke of 87.20 mm compared with 80.25 mm in the old engine.

The new 190E 2.5-16 benefit of the facelift of 190 series and was available with an electronically controlled, hydraulically locking differential from the standard 15% to 100%.

Evo I has a modified engine with a shorter stroke and a larger bore but the power was the same, 195 HP. The rev limiter increased from 7,000 rpm to 7,250 rpm. Who want  more could get the AMG PowerPack which offered 30 HP more and raised the maximum power to 225 HP and the rev limiter to 7,700 rpm.