Has the Mercedes-Benz E-Class come a long way from its predecessors along a history that started in the early 1950s. An exhilarating video shows the most intelligent business limousine of today, the 2017 E-Class, next to its ancestors.

The technical innovativeness of each generation and the trendsetting design behind the successful model series from Mercedes-Benz have highly impacted the entire segment. Launched back in January at the Detroit Motor Show, the latest E-Class generation, paves the way of the autonomous driving with its thorough range of safety and comforts features that play major roles in accident prevention. Drive Pilot, Active Brake Assist, Remote Parking Pilot and PRE-SAFE® impulse side are few of the functions taking driving to a whole new level. 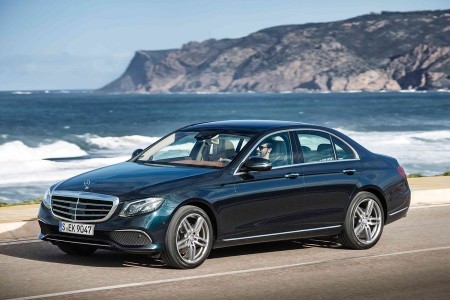 Check out all there is to know about the latest E-Class right here: Everything about the 2017 Mercedes-Benz E-Class (pics + video)

The unique video piles up history, putting together classics starting with the W191, produced between 1949 and 1955. The production was discontinued with the arrival of the W120 180 “Ponton”, which came with a bigger and more powerful engine, but with a smaller body.

The W114/W115, styled by the legendary Paul Bracq, it brought a historical innovation to the industry: the 250CE was the first to feature the fully electronic injection system.

The W124 is the internal designation of the car marketed as the first Mercedes-Benz E-Class. Its angular body secured a safe cabin and, for the first time, the right front occupant benefited from the presence of an airbag. In the late 80s, a side airbag was optionally installed at the front.