Four ads, each one lasting for 3.8 seconds, exactly the time Mercedes AMG GT S needs to reach 100 km/h. You don’t believe us? Try to keep track with each commercial.

These four very brief ads created by Jung von Matt illustrate just how fast the Mercedes AMG GT S accelerates from standstill to its top speed of 310 km/h. Each video is meant to be viewed sequentially, as it runs between other commercials in traditional TV ad blocks for maximum effect. 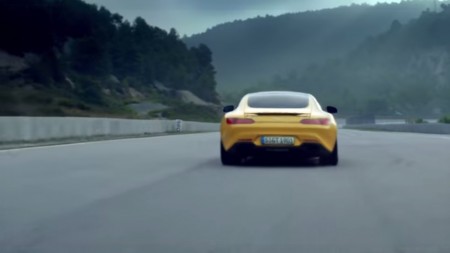 Following such rapid text and trying to read it can make you really dizzy and confused. All four ads last for less than 20 seconds combined. The first ad lasts 3.8 seconds and by the end of it, the car is moving at 100 km/h. In the second video, the car reaches 200 km/h and it manages to hit the 310 km/h maximum speed by the end of the fourth and final ad.

If you find it difficult to read the text, we’ll make it easier for you.

“300 km/h and still counting. The new Mercedes-AMG GT S” appears by the end of the third video.

“By the time you read this, it’s already at a top speed of 310 km/h.” The final video ends as the AMG GT S appears to be taking off, like an airplane.