Lewis Hamilton was hoping for a record sixth British Grand Prix and everything seemed to be on his side. He started from pole at Silverstone, but a crash wit Ferrari’s Kimi Raikkonen relegated him straight to the last spot. From that moment on, the Brit started a spectacular recovery race.

The start was the great decider. Sebastian Vettel flashed to the lead, while the chaos unfolded behind him. Hamilton reported damage after the spin, but from the pit wall, he was told everything was fine and his lap times confirmed it. Raikkonen though was called into the pits and also had to take a 10-second penalty for the incident in the first lap. The Finn returned to the track stronger than before, going 2 seconds faster than everyone else. The 4-time world champion passed the drivers in front of him one by one and taking advantage of his rivals going in for a change of tires. 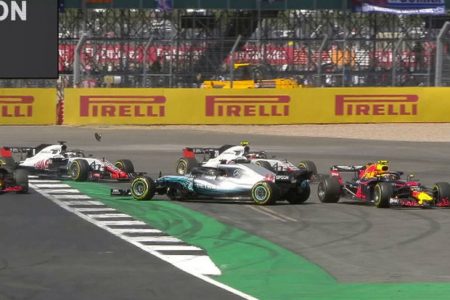 Vettel pitted from the lead on lap 20 to take the medium tires. Hamilton was far behind, at 20.9 seconds, but on the fifth position already. He pushed his tires to the max and pitted to return to the track some 27 seconds behind Vettel, in the sixth place and it seemed that Hammer-time was not to come at Silverstone. But that was only until Marcus Ericsson crashed in Turn 1 and the Safety Car was deployed. The Ferrari-s and the Red Bull-s pitted both their cars, but Mercedes decided to keep Bottas and Hamilton out, a decision that put the Finn into the lead, followed by Vettel and Hamilton.

At the restart, the madness restarted as well. With Bottas in the lead, Max Verstappen and Kimi Raikkonen were leading a brilliant duel. The Safety Car returned soon though, after Grojean and Sainz collided and ended up in the gravel. 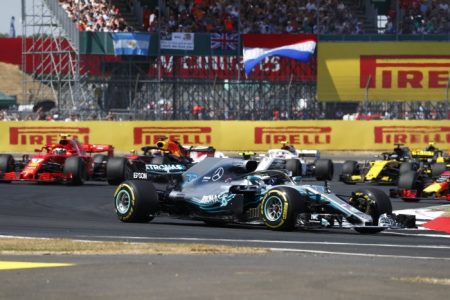 Bottas tried to keep Vettel at bay, but the German passed him into Brooklands, five laps prior to finish. He opened the way for teammate Hamilton and tried to protect him from Raikkonen, but the Ferrari driver won the Finnish battle at Silverston.

Sebastian Vettel now leads the overall ranking by 8 points, with a total of 171, followed by Lewis Hamilton (163) and Kimi Raikkonen (116).

The Formula 1 Championship resumes at Hockenheim, Germany, on July 20-22. 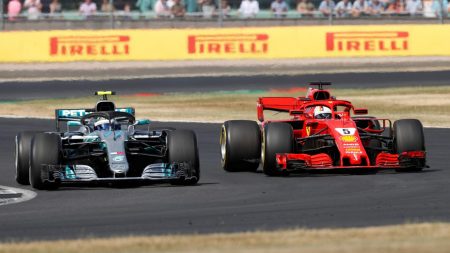