Monaco F1: Hamilton loses at the hands of his team

Nico Rosberg wins in the Princedom of Monaco, after a wrong decision of the squad threw Hamilton back in the third place. Sebastian Vettel also takes advantage of the error and finishes second.

Lap 64 out of 78. Everything was going according to plan for Hamilton. A pole start, a big gap between him and Rosberg set in the second position, few final laps, victory in Monte Carlo, thanks to the fans and to the team, some tweets about how great it was, the plan was just perfect. But that only until an incident in the peloton was going to completely change the ranking. Young Max Verstappen had been trying – for a couple of laps – to pass by the slow Romain Grojean ,who was barely crawling on his worn out softs. The Dutch realizes his only chance is to pass him by in the Saint Devote corner. He perked up the crucial move, places himself on the inside as far back as the Rascasse corner, but the French brakes way too soon. So soon that any excuse connected to the worn out tires would make a kindergarten kid burst into laughter. And laugh his head off. The patsy Max hits the Lotus driver and is violently cast into the guardrail of Saint Devote. Game over. Max comes out on his feet from what is left of his car and gets a story to tell at the end of the season, when he will be looking at the ranking under him.

Naturally, the debris left by the incident in the first corner caused the deployment of the Safety Car. A major part of the peloton enters the pits in order to finish the race on fresh tires. Only that the drivers who went in were relying on not losing a single position in the ranking, thanks to big time gaps. This is what obviously Hamilton was thinking, too. His team called him on him to go into the pits, the mechanics set up 4 supersofts and let him go. The shock hit him once he came out on the racetrack. Rosberg was behind the Safety Car, while Vettel had just gone into the second position.

“I’ve lost this race, haven’t I?” was heard from Hamilton’s mic. Well, yes. But don’t worry, Rosberg is going to be happy about it as if he mastered the race from head to end. Uncountable attempts to pass by Vettel follow, but the Monaco racetrack leaves no open doors unless you push your rival in the Mirabeau or get the chance of him failing his braking point. And this chance never came for Hamilton, leaving the #blessed tweets for some other night. 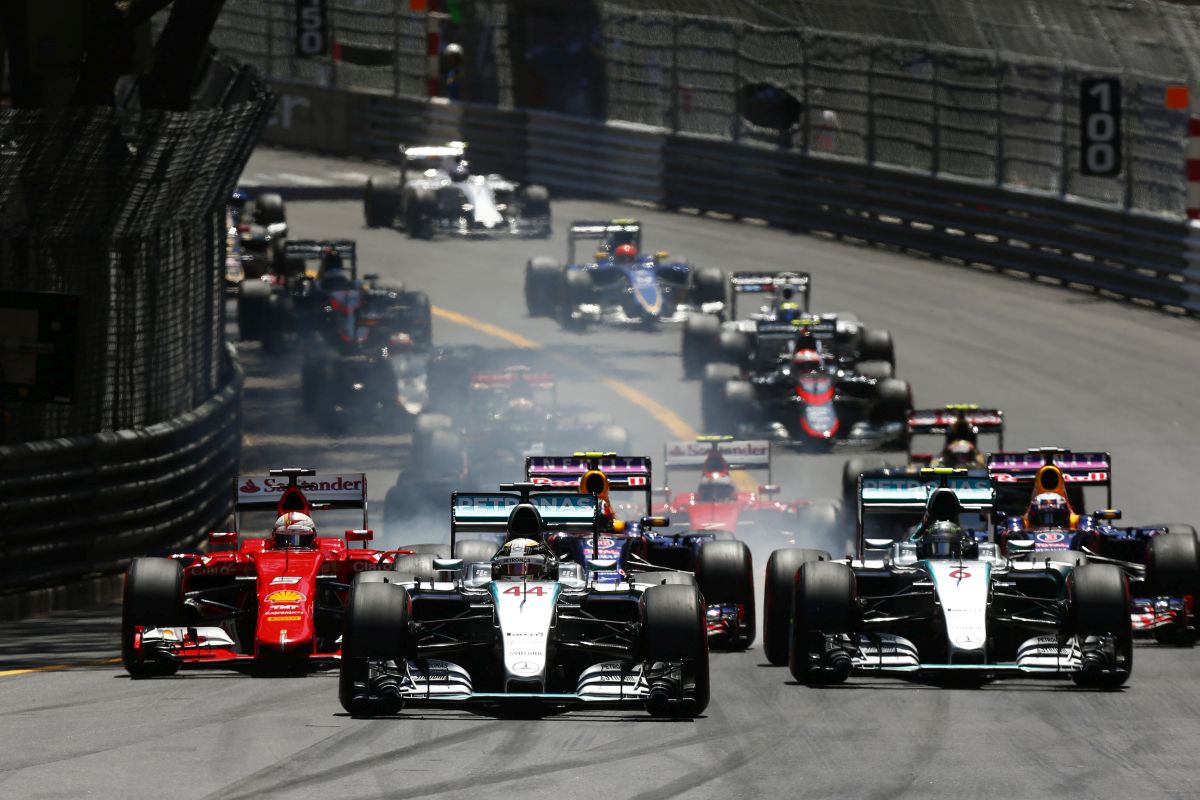 Behind Hamilton there came Daniil Kvyat and Daniel Ricciardo, in a soap opera directed by Red Bull. Ricciardo plugs Raikkonen at Mirabeau and steals his spot, and soon after that, he is permitted by Kvyat to pass so he can fight Hamilton. As the Aussie is unable to close in on Lewis, he stops at the finish line to hand the position back to his teammate. Todt and Brawn would have been proud.

In the 6th spot there finishes Kimi, frustrated due to Ricciardo’s attack, which he classified by the radio as being “not nice”, while Sergio Perez finishes the race in the 7th position. Button achieves the top performance of the season so far for McLaren and comes in 8th, ahead of Nasr. Carlo Sainz runs a new great race and scores the last point at stake, after he started from the pit lane. Hulkenberg fails to score, while Grojean finishes 12th, after having gotten asserted for the acid remarks he slammed Verstappen with. A while ago, Romain was the target of the same kind of cross talk.

In the end of the ranking we find an unusual duo Williams – Marussia. The Monaco weekend was a true disillusion for Bottas and Massa, as they finished 14th and 15th, while Merhi and Stevens close the ranking.