Lewis Hamilton exploits the advantage of starting from pole position and sets quite a distance between him and the others in the overall ranking. Kimi Raikkonen passes by Rosberg in the final moments of the race and knock down the second spot.

The start of the race was to preview the fight that was to be displayed at the top. Hamilton defends his position ahead of Vettel, while Rosberg goes for a trace that allows Raikkonen go in the 3rd position. In a momentary comeback, Nico remembers his place is next to Hamilton and goes for a very aggressive driving style. The two Ferrari drivers cannot manage to defend their positions and are overtaken in the very first corner.

But the Scuderia was not going to let it go so easily. Vettel pits sooner, in his attempt to surprise the people in Mercedes. His soft tires are doing the job and Rosberg is cast into the 3rd place after his turn of changing tires. Only a few laps later, he proves to have a faster pace and overtakes Vettel by the help of the DRS. Ferrari goes for the same strategy for the second change, but this time, Seb makes a mistake in the last corner and damages his front wing. The German is bound to pit for changing the nose of his car and he is cast back in the 5th position, behind Bottas. 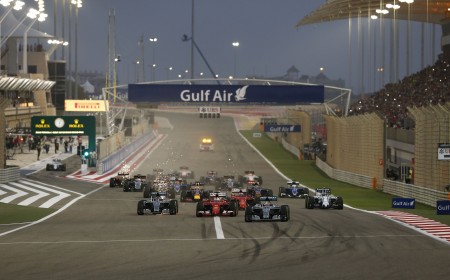 From that moment on, it is time for Kimi to shine. After shifting strategy running on medium tires for the second stint, Raikkonen puts the softs on in the end and goes for the top spots. The Finn fetches up the 13 seconds’ gap that put him behind Rosberg, he exploits Rosberg’s wide coming out of the first corner and gets seconds place. The circumstance could have turned out even better for him, considering the malfunctions of the braking system in the two Mercedes racing cars. If Rosberg could not bear up with the attack in the first corner, Hamilton had to slow down his pace during the final lap, due to the Brake by Wire system malfunction. Two laps more and things could have been totally different.

Vettel can’t go pass Bottas and finishes the race in the 5th place, after a day marked by personal errors that got him out of the battle for the podium. The spectacular moments of the race finale were rounded up by Daniel Ricciardo ending up in clouds of smoke. His powertrain fails once more, but this time it at least chose the right moment, allowing the Aussie to come in 6th. Romain Grosjean manages to score for the second time in a row and places himself in the 7th position, ahead of Sergio Perez. 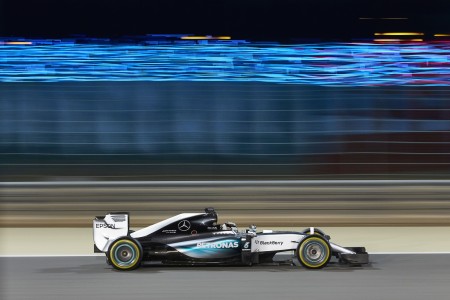 Set off from the 17th position, Kvyat runs an excellent race and finishes 9th, while Massa takes the final point at stake. Fernando Alonso succeeds the best performance for McLaren this season, the 11th place, certifying the progress made by the squad in Woking.

Felipe Nasr and Nico Hulkenberg finish the race behind him, while Marcus Ericsson comes in the 13th. The Swedish fights for a position in the top 10, but his hopes are shattered after a pit that lasted 20 seconds, because of an error made by the mechanic who was supposed to set up one of the wheels. Maldonado also wasted time in the pits, because of brake overheating and came in the 15th spot, behind Ericsson.

The ranking is closed, as usual, by the two Manor driving cars, with Will Stevens in the 16th and Roberto Mehri on the 17th position. In the retirement section, we tick both Torro Rosso drivers. Sainz as well as Verstappen prematurely finished the race, due to technical malfunctions.

Formula 1 goes on a 3-week break ahead of coming back to the European racetracks. Next stage will take place in Barcelona, 8-10th of May.