More than 200,000 cars were handed over to their new owns in June alone, adding to the strongest-selling quarter in history. There were 594,528 customers receiving their new Benz from April to June and 1,188,832 since the beginning of the year. Unit sales thus went up by 3.9%, compared to the previous highest first half-year in 2017. For the first six months, Mercedes-Benz was the premium brand with the highest number of new registrations in markets such as Germany, France, Russia, Switzerland, Portugal, South Korea, Australia, the USA and Canada.

The Trump tariffs affected the U.S. sales, as the figures went down by 2.6% in June, at 203,783 vehicles. This means a major decrease in production of the SUVs for the world market at the Mercedes-Benz plant in Tuscaloosa and sales were less than those estimated for the period.

Mecedes-Benz sold 476,790 cars in the first half of the year in Europe, which signifies a slight decrease as well. One third of those cars remained at home in Germany, where more than 150,000 customers were able to receive their new Mercedes-Benz (-0.2%). In France, Spain, Sweden, Poland and Denmark, more cars with the three-pointed star were sold than ever before in the first six months of a year. 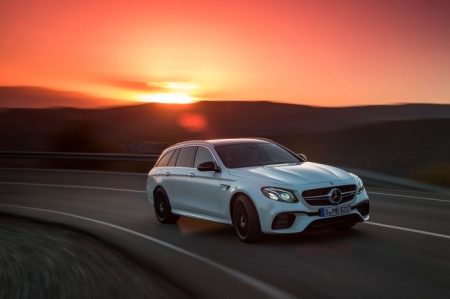 A new best-ever sales figure was achieved in the Asia-Pacific region, with China being the biggest contributor to the double-digit 12.5% grow to 493,358 units. 340,164 cars with the three-pointed star were sold there in the first six months, an increase of 16.2%. More cars of Mercedes-Benz than ever before in the first half-year were also sold in the markets of South Korea, Japan, India, Thailand and Malaysia.

The NAFTA region accounted for 191,249 cars from January to June, with 158,848 units in the USA. Canada and Mexico set new sales records in the first six months of the year.

The S-Class Saloon kept its trend, with a growth of 27.5% to 43,106 units in the first half of the year. The car was on the top list of the customers in China, the USA, South Korea and Germany. The Mercedes-Maybach S-Class Saloon set a new record in the first half of the year. More than 30,000 units have been handed over to customers since its market launch.

The demand for the E-Class Saloon and Estate is higher than ever before. Since the beginning of the year, sales increased to the new record number of 182,135 units (+0.1%). The made-in-China long-wheelbase version of the E-Class Saloon was especially popular in the first half-year. 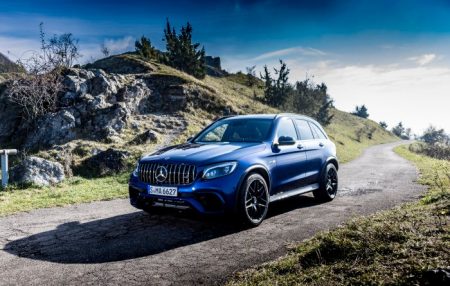 The GLE and the GLS SUVs defied the restricted production, assisting the company’s high-ride vehicles in achieving a new sales record in the first half of the year: a total of 422,645 units of the GLA, GLC, GLC Coupé, GLE, GLE Coupé, GLS and G-Class were delivered to customers worldwide (+9.8%).

Over 13,000 smart fortwo and forfour units were delivered to their new owners in the past month, taking the brand to a 5% increase compared to June 2017. 65,660 smarts were sold since the beginning of the year (-6.0%) worldwide. The smart celebrated its 20th anniversary in June, as two decades have passed since the first-ever smart model drove off the assembly line at the plant in Hambach on July 1, 1998. Since then, more than 2.2 million units of the urban microcars have been sold.