Car2Go goes away from the suburbs of Rome

Who would hurt a tiny smart? Well, it happened in Rome, where Daimler’s Car2Go service will quit serving the suburbs of the Italian capital due to vandalism. Several smart vehicles ended up in the repairing center after the body paint has been dented or scratched or even painted on.

Car2Go announced they are planning to reorganize their activity in Rome, after several smart vehicles have suffered damages in the areas outside the city center. For the moment, the car sharing service is going to quit the outskirts of Rome. “We want to make the service better by cutting off some areas with low request in order to meet the high demand in the heart of the city”, is the diplomatic explanation offered by the representatives of Daimler.

The number of the smart cars is considered to be too low in the central neighborhoods, while cars remain parked day after day without being used in other area. Long parking times expose them to a higher degree of vandalism risk. But the decision is slammed by the Roman authorities. The man responsible for the Defense and Assistance of the Italian Customers, Lamberto Santini, says: “Abandoning the suburbs by the Car2Go service did much harm to the Romans.” 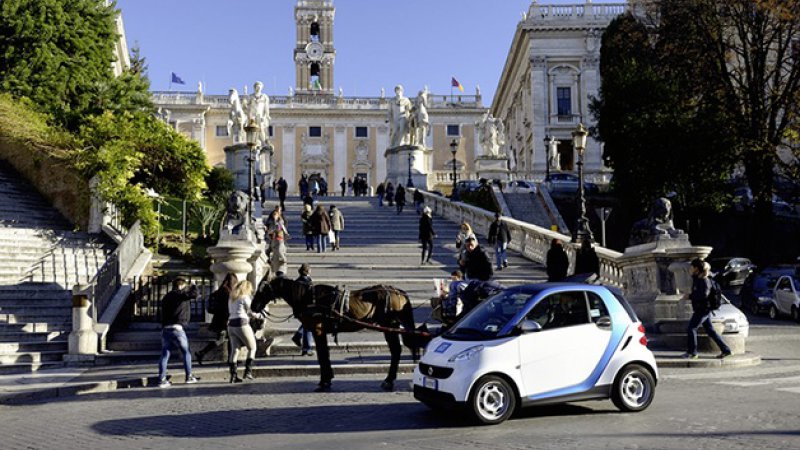 The decision could follow in the steps of London and Birmingham, where Daimler decided to withdrew the vehicles after just one year of operation.

Daimler’s car sharing service debuted in Ulm, Germany, in 2008 and is now functioning in 29 global cities including Amsterdam, Milan, Berlin, Vienna and Munich, together with Austin, Texas and Montreal. The service is already using more than 13 000 vehicles worldwide, which can be picked up and dropped just about anywhere. 1 200 of the cars are smart Fortwo electric drive.

For the residents or tourists of the European cities, the Car2Go service offers the smart vehicles for the price of 0,29 euros per minute, 14,90 euros per hour and 59 euros per day. As of May 2015, Car2Go is the largest car sharing company in the world with over 1 000 000 members.