Valtteri Bottas wins the Japanese Grand Prix to make Mercedes-AMG Petronas Motorsport a World Champion for the sixth time in a row. It was the Finn’s first victory since Azerbaijan in April.

The success in Suzuka takes Mercedes to a new record: the World Championship title six years in a row. In Japan, Bottas was followed by Sebastian Vettel from Ferrari and teammate Lewis Hamilton. 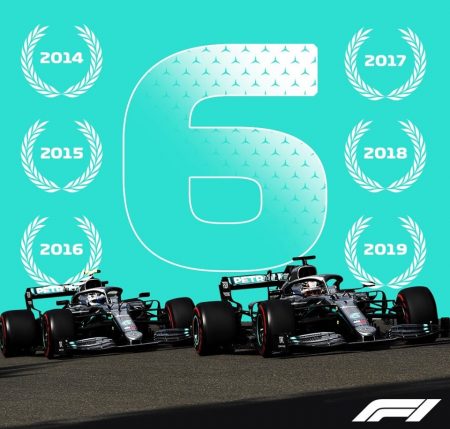 On a day with the qualification session just hours before the race to avoid a typhoon, the Mercedes Finnish driver jumped polesitter Vettel at the start to take the lead from the very first turn. A two-stop strategy put him at the front of the race all the way, taking him to the sixth victory of his career in Formula 1.

Behind him, Lewis Hamilton and Sebastian Vettel had their own battle for the second position on the podium. The German eventually kept the Brit at bay, crossing the finish line just 0.4 seconds ahead of him. 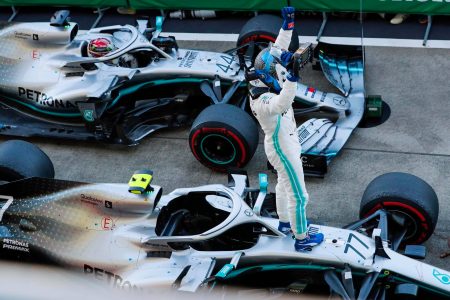 Max Verstappen from Red Bull was the only driver that prematurely ended his race in Suzuka, following an attack on Charles Leclerc from Ferrari on the first lap. The Dutchman eventually had to pull out on Lap 15. The clash is under investigation.

With the new triumph in Formula 1, Mercedes matches Ferrari’s records from the years 1999-2004. Mathematics also secures the World Championship title for one of the squad’s drivers, as Lewis Hamilton leads the ranking with 338 points, followed by Valtteri Bottas with 274 points, with three races left of the season. Next stop is Mexico.