The Actros Caravan and the Explosive Load

It is not exactly our idea of a road trip. And it surely goes far beyond our imagination when it comes to heavy dangerous load. It took three generations of Actros trucks to carry a petrochemical reactor across the desert in Saudi Arabia.

1 000 kilometers through the desert with a 1 048-ton petrochemical reactor on their back, from one petrochemical plant to another, for gas cleaning. Sometimes the roads got narrower and narrower, so the trucks had to keep one side on the sand and the other one on the asphalt and the drivers had to hold their breath until the perilous area was left far behind. The petrochemical reactor could have blown up in flames at any time, in case a wrong move should have happened.

Push and pull heavy duty through the desert

It took ten Mercedes-Benz Actros trucks and a reinforced-structure platform with 62 wheels to pull and push the giant among sand dunes and crazy temperatures. Apart from the weight and gradient, the extremely hot climate of Saudi Arabia, rising even up to 38 degrees Celsius in December, also had to be considered.

A company specialized in heavy lifting, heavy-duty transportation and construction projects used three generations of Actros SLT, as the trucks have always proved reliable in missions close to impossible. Six of them drove in front, pulling the heavy weight, while four pushed at the rear. A vehicle changeover took place whenever the Actros caravan had to go uphill. Six Actros trucks pushed from the rear and four were driving at the front in – what they call – a magnificient achievement by both man and machine. 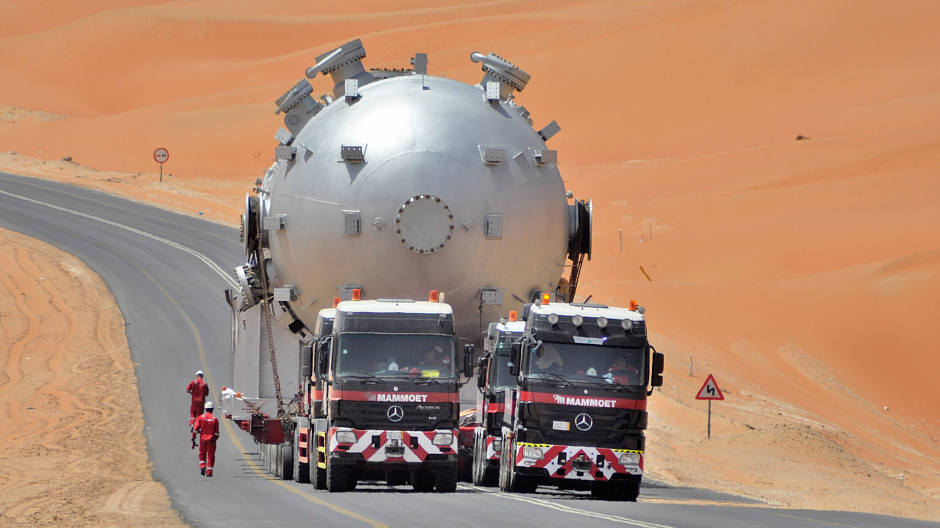 Close inspection for the ten Actros trucks and petrochemical reactor

The Actros caravan was followed, 24/7, by an entourage with a supply station for the crew and a mobile mechanical service so that the chemical reactor could be delivered, safe and sound, for gas cleaning, all the way from the Saudi Arabian Coast to the South East of the Arabian territory. 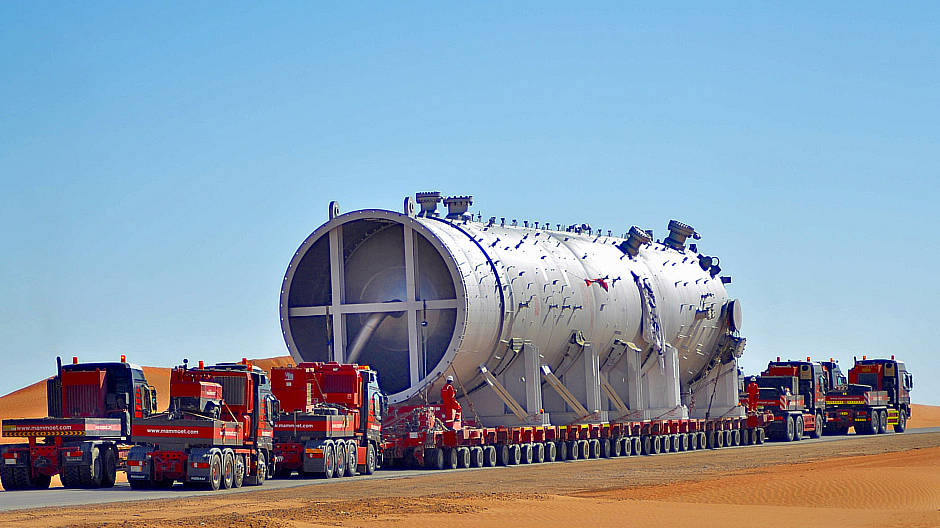 62 wheel platform kept the behemoth floating above the desert sand