Daimler Buses takes the Mercedes-Benz and Setra vehicles one step further in terms of safety, with innovative lighting technology, providing them with better visibility regardless of the severity of the weather conditions.

During daytime, but especially at night the new lighting technology acts as a safety feature, as every fifth accident with physical injuries occurs at nighttime, according to the Federal Statistical Office. Therefore, the Setra TopClass and ComfortClass coaches and the Mercedes‑Benz Citaro city bus are now all available with optional integrated LED main headlamps. The headlights feature a range of up to 150 metres. This is the more important as the dimensions of the vehicles in question is great and their weights are just as big. 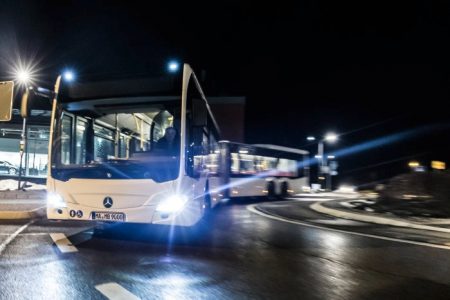 Over 50 percent of bus companies choose the energy-efficient and durable LED dipped and main beam headlamps for their Setra TopClass which have the same colour temperature at night as in daylight. Seeing and being seen on the road are just as important.

According to statistics, almost every second buyer of the ComfortClass variant and over 30%t of all Citaro owners rely on the light-emitting diodes, which produce less fatigue to drivers’ eyes, enhancing their ability to maintain attention to the road. 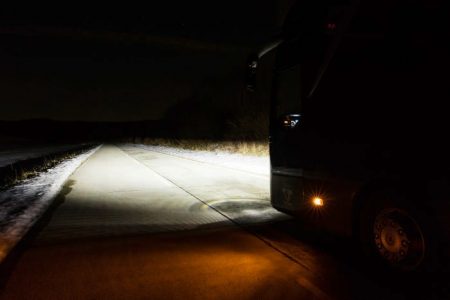 Equipping the buses with LED headlamps is a world premiere. A world premiere was in 1999 also, when the Mercedes-Benz Travego was the first touring coach in the world to be optionally available with xenon main headlamps – also known as Litronic headlamps. Two years later, the Setra TopClass 400 was unveiled as the first-ever bus to be equipped with xenon headlamps as standard. As an additional first in the bus world, Setra also premiered LED front indicator lamps.