Hamburg embarked on a journey along the road to a city with zero emissions and ordered 20 electric Citro buses before they were even officially presented. The first two units will be handed over before the end of 2018.

“The first major order for our fully electrically powered, emission-free Citaro has been received even before the official premiere, demonstrating the confidence transport operators have in our concept for electromobility in urban transport”, says Till Oberwörder, Head of Daimler Buses.

It is the first step towards a green fleet for Hamburger Hochbahn AG, that plans to acquire emissions-free buses only from now on. 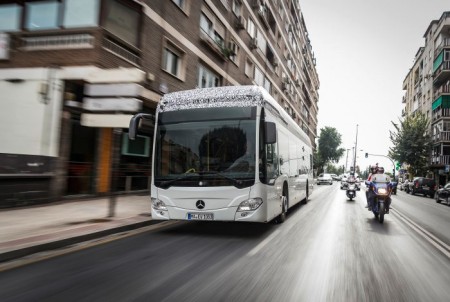 The electric Citaro, based on the conventionally-powered Citaro, is set to enter series production this year. The bus is based on a unique thermal management system that reduces energy consumption, increasing range. An energy-saving heat pump warms up the passengers’ compartment. Electric motors positioned near the wheel hubs engage the rear axle.

The batteries with a modular structure, charged at a connector in the bus depot, have a total capacity of up to 243 kW. They are cooled to the ideal temperature for a maximum charge and a long service life. 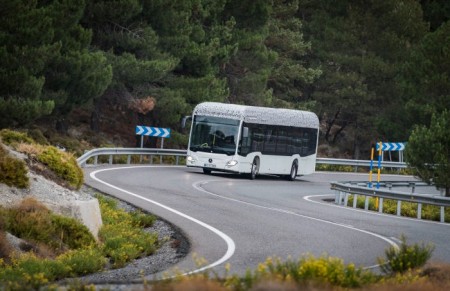 The conventionally motorized Citaro was sold in over 50,000 units along two generations. The bus is available in all major western and central European cities, but also on other continents. The electric Citaro will benefit from the reputation of its standard sibling in providing for Hamburger Hochbahn AG, the company founded in 1997, that offers 111 routes with 1327 bus-stops with approximately 1000 buses. Around 212 million passengers use the service each year.