They are here to win! Toto Wolff and Niki Lauda renew contracts with Mercedes until 2020

They are not going anywhere! Austrians Toto Wolff and Niki Lauda have just signed the renewal of their contracts with Mercedes-AMG PETRONAS until the end of 2020.

They have already won three championship titles together and plan on making history repeating itself for the future three seasons.

Former Formula 1 champion Niki Lauda came to Mercedes in late 2012 and has been the Non-Executive Chairman of the board of Mercedes-Benz Grand Prix Ltd., holding a 10% stake in the team since 2013.

In February 2013, Toto Wolff joined the team as well, as a 30% shareholder and an Executive Director of the company and also Head of the Mercedes-Benz Motorsport Division.

The Daimler CEO Dieter Zetsche is happy to see their signature on the new contract:

“It’s great news that Toto and Niki have extended their agreements. The results have exceeded our expectations. A key factor in this success has been the combination of Toto’s entrepreneurial skills and Niki’s experience.” 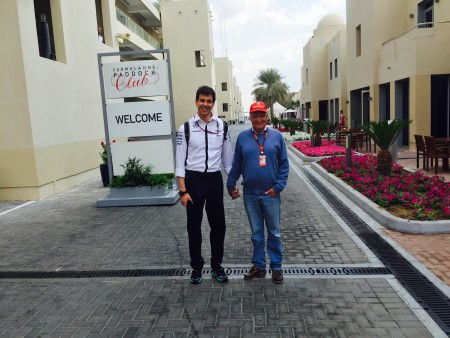 The man who is nicknamed Scarface of Formula 1 after his horror crash back in 1976, Niki Lauda, says he has spent some of his best Formula 1 years in Mercedes-AMG PETRONAS.

“Toto and I formed a perfect partnership at Mercedes and we have a great team on every level that has delivered results. I must thank Dieter and the other members of the board of Daimler AG for renewing their confidence in us.”

Owner of two major financial consulting companies and with a background in financing, Toto Wolff hopes to lead the team to new world titles:

“Winning is never down to single individuals – it is about the right group of people coming together, aligning themselves with a common objective and then combining their talents to achieve that target. Each day I come to the factory, I am humbled to have the privilege of representing this inspiring group of people.”

Toto Wolff and Niki Lauda are ready for the 2017 racing car’s presentation on February 24th. The whole team shall afterwards depart for Barcelona for the first official tests before the F1 season starts in March.